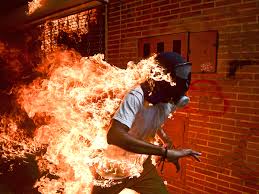 The World Press Photo Foundation is an independent, non-profit organization, founded in 1955 and based in Amsterdam, Netherlands.

It is renowned for holding an annual press photography contest the World Press Photo, considered the most important photojournalism contest in the world determining the best single exposure pictures of visual journalism.
Moreover, winners are selected for the following other categories: Spot News, General News, People, Sports, Contemporary Issues, Portraits, and Nature. This year’s edition of the contest features a new category: The Environment. This category records positive or negative human impact on the environment, while the Daily Life category has been discontinued. Annually all prize-winning entries are assembled into a traveling exhibition and a yearbook is published in six languages. 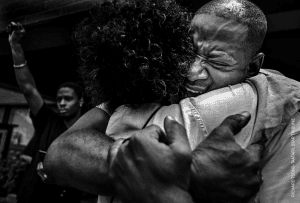 To single out the winners of the 61st edition of World Press Photo Contest, the judges evaluated, over a three-week period, 73,044 photographs by 4,548 photographers from 125 different countries to finally select as winners the works of 42 photographers from 22 countries.

Rome is hosting, until May 27th, for the second year running in the new Palaexpò headquarters, the exhibition of the winning photos, among which there are the works of five Italians: Alessio Mamo, Giulio Di Sturco, Francesco Pistilli, Luca Locatelli and Fausto Podavini. The 2018 Photo of the Year prize has been awarded to a photo taken by Venezuelan photographer Ronaldo Schemidt and entered in the Spot News category; it represents a boy fleeing, enveloped in flames, during an event in May 2017 against President Nicolas Maduro, in Caracas.