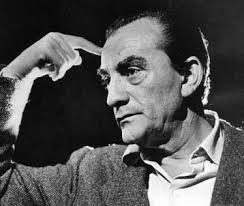 The Film Society of Lincoln Center in New York, until June 28, presents a complete retrospective of Luchino Visconti’s feature movies, most of them premiering in new restorations and rare imported prints. “Visconti” is organized by Florence Almozini and Dan Sullivan of Film Society of Lincoln Center, and by Camilla Cormanni and Paola Ruggiero of Istituto Luce Cinecittà (Rome), co-produced by the two institutions, and presented in association with the Italian Ministry of Cultural Heritage and Activities and Tourism.

Born Luchino Visconti di Modrone, Count of Lonate Pozzolo, in Milan in 1906, the award-winning Italian maestro was an Italian theater, opera, and cinema director, as well as a screenwriter. Member of the Italian Communist Party during World War II, openly gay as well as Catholic, Visconti had a complicated, and at times paradoxical, role in Italian cinema culture. A leader in the neorealism movement, he uniquely imposed the narrative customs of opera and the novel onto film, yet remained sharply attuned to the social and political climates of the 20th century. 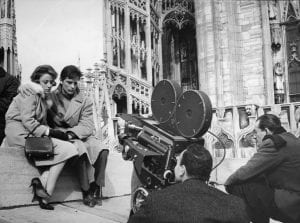 Beginning with his debut feature ‘Ossessione’, widely regarded as the first neorealist film, the retrospective showcases the full range of Visconti’s oeuvre, including, of course, his memorable contributions to the neorealism movement such as ‘The Earth Will Tremble‘, and ‘Rocco and His Brothers‘. Moreover, the retrospective will be followed by a week-long run of a new 35mm print of Visconti’s 1973 historical masterpiece ‘Ludwig’, which follows the life of Bavaria’s controversial King Ludwig II. One of Visconti’s most ambitious movies, ‘Ludwig’ was drastically cut for its U.S. theatrical release, but on the occasion of this retrospective, the Film Society presents it in a new restoration of the original director’s cut.