The Uffizi Galleries, like all the other Italian museums, are closed to the public under the emergency measures set down by the Italian Ministry of Health. However, this does not stop the museum complex that includes The Uffizi Gallery, Vasari Corridor, Palazzo Pitti, and Boboli Gardens to amaze people with its masterpieces. It launched Uffizi Decameron, a social media campaign aimed at bringing its art to everyone in the world. 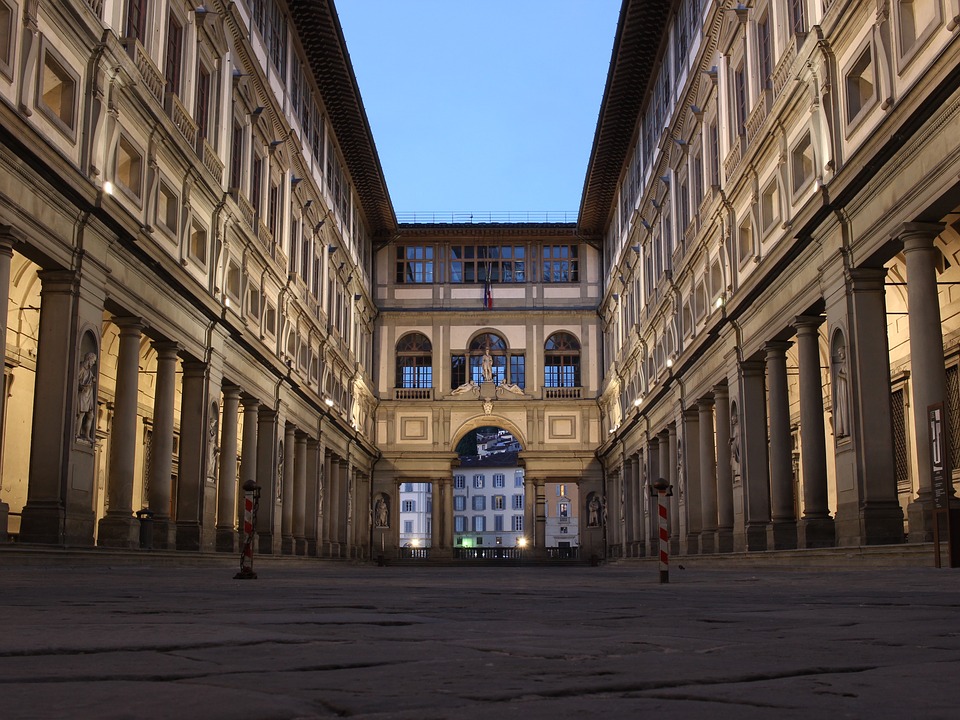 The Uffizi in Florence

The name of the campaign – and the hashtag #UffiziDecameron – is inspired by one of the most celebrated masterpieces of Italian literature, Giovanni Boccaccio’s Decameron. It is set in the 14th century, at the time of the plague, and with it, Boccaccio transformed the language spoken by the people into literature. It concerns 10 friends who retreat, for 10 days, to the hills outside Florence to escape the plague. To make use of their time, each of them tells a story a day, making for a total of 100 tales.

The Uffizi wrote “Composed of popular, realistic, licentious novels, the Decameron recalls the ancient figure of the storyteller, present in every oral tradition. (…) Geoffrey #Chaucer got inspiration from Boccaccio’s fiction.

Now it’s up to us: #UffiziDecameron is born … one work a day, told by the people working inside the most beautiful museums in the world! On all our social channels, now also on Facebook.”

The goal is to entertain, in the name of great art, to all the people who cannot visit the museums. The daily posts will have photos, videos, and stories on the masterpieces kept in the Gallery of Statues and Paintings, in Palazzo Pitti, and the Boboli Gardens. Since the great Raphael exhibition at the Scuderie del Quirinale in Rome is also closed, there will also be content on the Renaissance genius. In fact, the Uffizi lent to the Scuderie del Quirinale about one-quarter of the 200 pieces that make up the exhibition.

“Even though museums  had to close their doors, art doesn’t stop,” said Uffizi Galleries director Eike Schmidt. “The treasures of the Uffizi, Palazzo Pitti, and the Boboli Gardens will keep you company over these weeks, in which we make common cause against the virus.” Adding: “As in Boccaccio’s masterpiece, every day we will tell the stories, works, characters of our beautiful museums, joining in the name of culture, art and (why not) of leisure. The Uffizi will be with you, in your homes, to overcome the current moment of difficulty all together. We avoid any contagion, except that of beauty.”