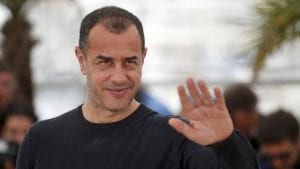 Two Italian movies have been selected to compete for the Palme d’Or, the main section, of the upcoming Cannes Film Festival, May 8th to 19th. They are “Dogman” by Matteo Garrone and “Happy as Lazzaro” (“Lazzaro Felice” in Italian) by Alice Rohrwacher.

Acclaimed Italian filmmaker Garrone (“Roman Summer”, “Gomorrah”, “Tale of Tales”) directed the “urban western” written by Maurizio Braucci, Ugo Chiti, Matteo Garrone, and Massimo Gaudioso. “Dogman”, which will premiere at the Festival, is freely inspired by a homicide committed in the ’80s in the degraded outskirts Rome. Garrone, talking about the story that involves a dog groomer and a former boxer, explained “it might seem like a revenge film, but I think that “Dogman” is also a film about the desperate need for dignity in a world where the law of the strongest prevails and violence seems to be the only way out.” 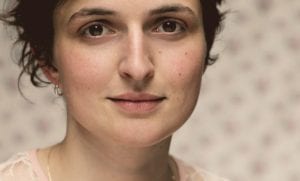 “Happy as Lazzaro” is the new movie by Italian director Rohwacher (“Heavenly Body”, “The Wonders”). The drama tells the story of the meeting between Lazzaro, a young farmer who is so good  that he is often mistaken for simple-minded, and Tancredi, a young nobleman cursed by his imagination – a loyal bond sealed when Tancredi asks Lazzaro to help him orchestrate his own kidnapping.  Rohwacher said that: “It is the story of a small holiness without miracles, without superpowers or special effects: the sanctity of being in the world, and not have bad thoughts about anyone, but rather simply believing in other human beings.”

Director Valeria Golino will compete in the Un Certain Regard and Queer Palm sections with her movie “Euphoria” (“Euforia”). While “Samouni Road” (“La strada dei Samouni”) by Stefano Savona and “Troppa grazia” by Gianni Zanasi will be screened in the Directors’ Fortnight section.