Two Italians among the world’s 100 most influential people 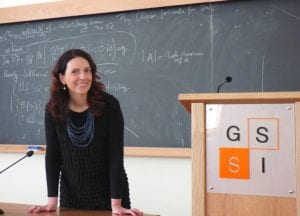 Two Italians, Astrophysicist Marica Branchesi, who contributed to the detection of gravitational waves last year, and surgeon Giuliano Testa, who performed groundbreaking uterus transplants, were both honored by the Time magazine with the inclusion of their names in the prestigious ranking of the 100 most influential people in 2018.

In Branchesi’s profile, Time journalist Jeffrey Kluger wrote: “It took Albert Einstein to predict the existence of gravitational waves-ripples in space-time that occur when objects like black holes collide. It took Marica Branchesi to make sure we actually saw the evidence of such a crack-up.” Gravitational waves  had already been recorded 3 times in the US, but thanks to Branchesi’s work, in August 2017, a cosmic event was detected in both gravitational waves and light for the first ever time by teams of astronomers and physicists across the globe. Branchesi, who works at the Gran Sasso laboratory of the National Institute of Nuclear Physics (INFN) and is vice president of the International Astronomical Union Gravitational Wave Astrophysics Commission, was also  named as one of 2017’s ‘Ten people who mattered this year’ by Nature. 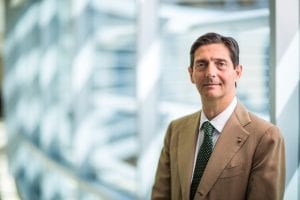 Thanks to the work of surgeon Giuliano Testa, who studied in Padua University and is currently working at the Baylor University Medical Center at Dallas where he is the chief of abdominal transplantation, a woman born without a uterus was able to successfully give birth to the first baby born via uterus transplant in the US (the first ever womb transplant baby was born in Sweden in 2014). The anonymous mother who wrote Testa’s profile stated: “The experience was not without setbacks. But through it all, Dr. Testa was a pillar of strength and assurance. And that confidence was contagious.”