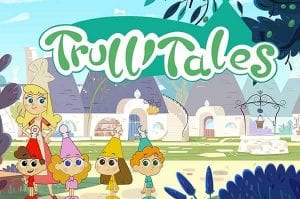 From next December 11, the traditional Apulian dry stone huts with a conical roof, trulli, will potentially arrive in all the houses of Europe, Africa, and the Middle East thanks to a new children’s animated series, ‘Trulli Tales’, set in Alberobello and aired on Disney Junior.

Trulli Tales tells the adventures of Ring, Zip, Stella, and Sun. The four little characters attend cookery classes at the famous school of magic and cooking in Trulliland, where they learn to use their cookery skills as well as their magic powers in order to graduate as great Wizard Chefs. The magic recipes can be found in a very special book – Trulli Grandma’s magic cookbook – which opens with a drop of olive oil and is in danger of disappearing forever, along with its powerful recipes, thanks to the scheming Copperpot. Whiskers, forks, and spatulas are some of the wands used to make magic in the enchanted village at the foot of an ancient olive grove. 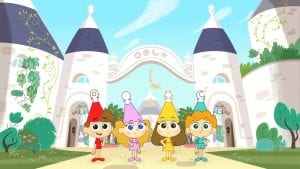 The creators of the series are Maria Elena and Fiorella Congedo, two sisters born in Lecce. “It will be great – explains Maria Elena Congedo – when children will discover that Trulliland really exists and is located in Apulia, a land of which we want to export the essence, beauty, and simplicity”. The series, which is inspired by an illustrated book published many years ago by Congedo Editore, has an educational cut. The ingredients used by the characters are all healthy: vegetables, legumes, and fruit. “But the message is that no food is bad – says Congedo – for example, there is an episode in which it is made clear that if you eat a hamburger nothing bad happens, but if you exaggerate you can feel sick.” Many of the 50 episodes feature traditional Apulian recipes, like taralli, there will be others with more international recipes, like muffins. “We hope that children understand that cooking is nice – continues Congedo – and that they do it with their families, as we did in Apulia where cooking means also taking care of one another.”

Previous Post One hundred magnificent works of Italian art on show in Perugia
Next Post Milan-Cortina, a dual candidature to host the 2026 Winter Olympics 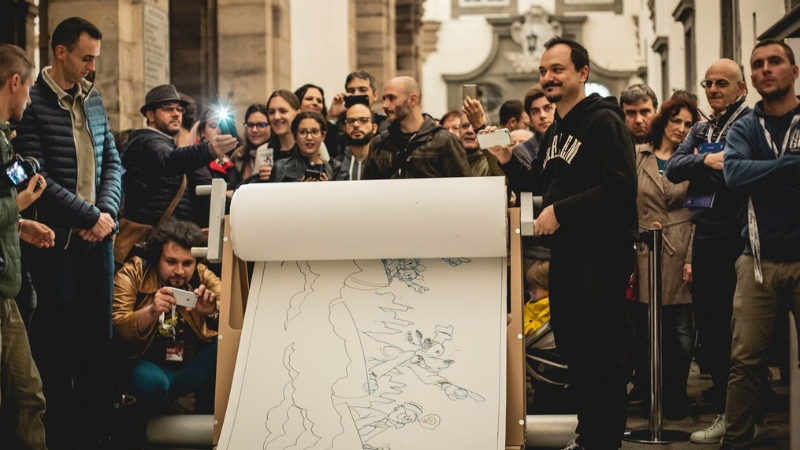