The historic Villa Rufolo has recently reopened and Hotel Santa Caterina will reopen on May 28th. These two incredible locations condense the quintessential astonishing beauty of the stretch of coastline on the Salerno Gulf. Sea, food, nature, picturesque atmospheres. All this is uniquely summarized in the Amalfi Coast, in particular in between Amalfi and Ravello: one lies on the sea, the other as if overlooking a terrace above it.

Villa Rufolo is located in the center of Ravello, less than 5 km from Amalfi. From its park, it is possible to admire the whole panorama of the gulf, the coast, and the surrounding hills. It is just 15 minutes by car or an hour’s panoramic walk from the luxurious Hotel Santa Caterina in Amalfi. The Villa has finally reopened to the public with a tour of the monumental complex’s gardens. The part of the Well, full of ruins, exotic plants, pines, and cypresses, is where Richard Wagner imagined the garden of Klingsor in the second act of Parsifal. The upper garden has a wonderful panoramic Belvedere. Further down, there are archaeological excavations (remains of the thermal and Turkish baths), a perimeter wall adorned with magnificent friezes, and the Chapel.

Just minutes away from Amalfi, Hotel Santa Caterina is in one of the most picturesque spots on the coast overlooking the sea. Its surrouding gardens have a truly exceptional extension with natural terraces rich in multicolored flowers and impressive bougainvillea that go down to the sea. Two elevators carved into the rock or a spectacularly beautiful path take guests through citrus groves and lush gardens to sea-level facilities. These include a seawater swimming pool, solarium, fitness center, café/bar, and outdoor restaurant. In the evening, the magic continues in the elegant Michelin-starred restaurant with a candlelit dinner in front of the suggestive panorama of Amalfi. And what about the “Follia Amalfitana” suite with its round mini-pool with glass window and breathtaking view of the bay or the “Giulietta e Romeo” suite with a terrace overlooking the sea and private infinity pool. In total, Hotel Santa Caterina has 36 rooms and 13 junior suites located in the main building. In ‘Villa Santa Caterina’ and ‘Villa il Rosso,’ the dépendances immersed in the estate, there are other 17 between rooms and suites. 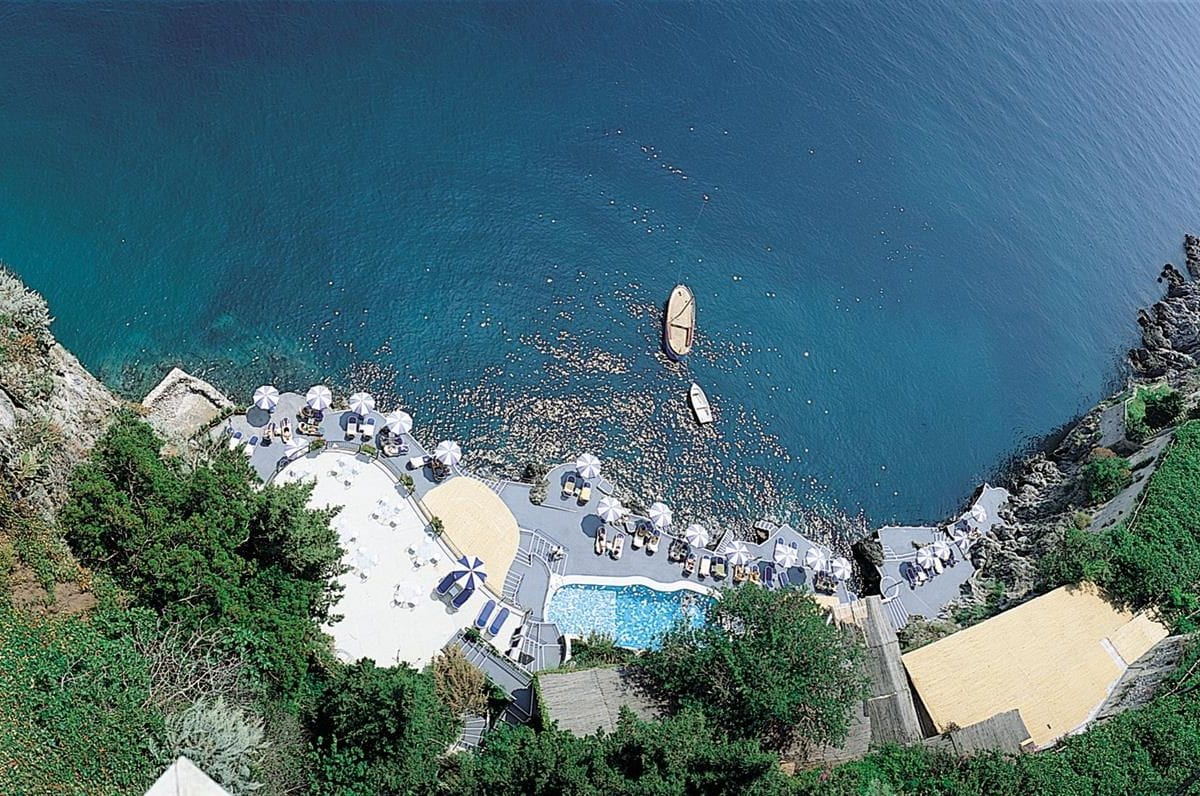 A little heaven in the amazing panoramas of the Amalfi Coast 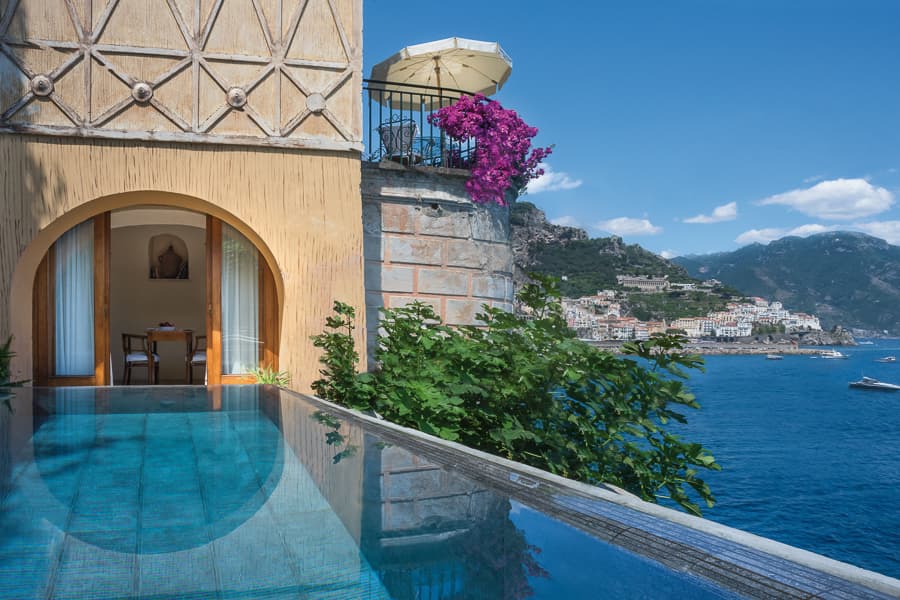 Hotel Santa Caterina: the amazing panorama of the Amalfi Coast