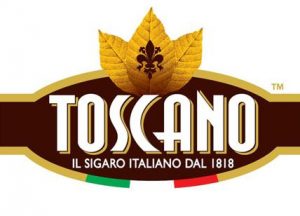 The most famous Italian cigar in the world, the Toscano, has been in production for 200 years. To celebrate this important anniversary Sigaro Toscano Manifatture SpA commissioned the Italian master of photography Oliviero Toscani to create a series of portraits that have been compiled in a book published with the title “Duecento anni Sigaro Toscano” (Two hundred years Toscano cigar).

In August 1815, in Florence, when the manufacturer was still called Manifattura Tabacchi, a batch of Kentucky pipe tobacco leaves left to dry in the summer sun was caught in an unexpected downpour of rain. The company, rather than throwing all of that tobacco away, decide to use it to produce cheap cigars to be sold in Florence. The ‘accidental’ product had a new taste due to the fermentation of the tobacco caused by the water, and it was so appreciated that in 1818 it became a regular production. 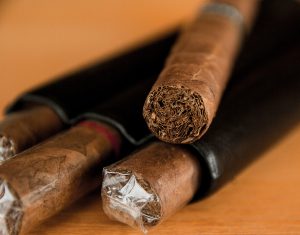 Two hundred years later the Toscano cigar, with its characteristic elliptical shape with truncated ends that have a smaller diameter than the central part is still handmade in Tuscany and its intense and savory aroma is enjoyed all over the world. “Duecento anni Sigaro Toscano” wants to celebrate these two centuries of success with 350 photographs by that portray those who contributed to the iconic allure of the cigar. In the volume published by Skira in Italian and English, Toscani immortalized the workers and employees of the factories in Lucca and Cava dei Tirreni, as well as famous and lesser-known industrialists, managers, artisans, artists, and philosophers – among them Gianni Letta, Giovanni Malagò, Luca Barbareschi, Joe Bastianich, Andrea Riffeser, Roberto Vecchioni, and Nadia Rinaldi.

ARTE GENERALI: Insuring is an art (English and German interview)