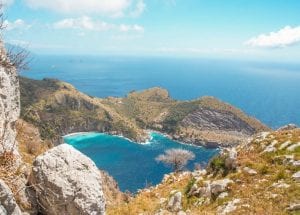 Thanks to the work FAI (Fondo Ambiente Italiano) – the national trust dedicated to the protection and promotion of Italy’s extraordinary cultural, artistic and natural patrimony -, in the recent years, many Italian treasures have been successfully recovered and can now be fully appreciated both by tourists and locals throughout the year. Here are three wonders that the institution opened to the public in the south of Italy.

Baia Ieranto (Naples) – Located right in front of the Capri stacks, this fascinating stretch of the Sorrentine peninsula, was donated to FAI by Italside in 1987  to save it from speculation. According to Pliny the Elder, it was right here that Ulysses, as told by Homer in the Odyssey, met the Sirens during his return to Ithaca. Here visitors have the opportunity to appreciate citrus groves, terraces of olive trees, a quarry of limestone disused in the 50s, two 16th-century watchtowers, and the beautiful original Mediterranean vegetation above crystal clear waters. 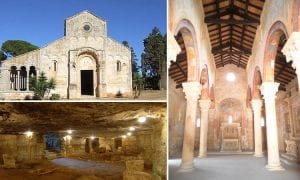 Abbazia di Santa Maria di Cerrate (Lecce) – Shrouded in mystery and immersed in the olive groves, this notable example of Apulian Romanesque architecture – embellished with Byzantine 13th-century frescoes, an elegant 16th-century well, and a 13th-century loggia with beautiful capitals sculpted from white Leccese stone – has been both a Greek Orthodox monastery, and the center of a farm specialized in the processing of olives. 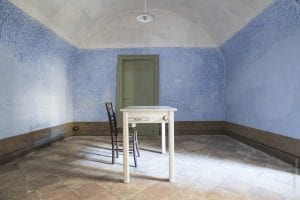 Casa Noha (Matera) – In the future European capital of culture FAI worked to make accessible to the public the private home donated in 2004 by the Fodale and Latorre families. Immersed in the famous Sassi, this ancient dwellings has become a place in which to learn all about a 1000-year-old history – that of the city of Matera, written in the porous, crumbly tufa. Built between the 15th and the 17th century the home is characterized by an external staircase that leads from an airy court to the five rooms once inhabited by the noble Noha family.