The World’s Best Restaurant is in Modena 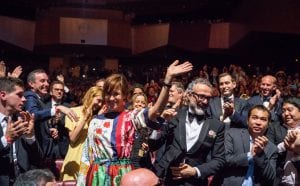 The 2018 gastronomy Oscars, the World’s 50 Best Restaurants, that took place at the Euskalduna Palace in Bilbao, crowned Massimo Bottura’s ‘Osteria Francescana’ in Modena as first ranking restaurant worldwide, just like it did in 2016.

The first words pronounced by the Modenese chef when he collected the award have been: “My thanks go to all my team, but the first thought goes to the Refectories, to the project we are carrying out, to the struggle for a more supportive kitchen.” He also promised to the chefs, food lovers, and the media not to disappoint them: “I’m going to use the spotlight to show that chefs are much more than the sum of our recipes.” Adding: “We’re a better restaurant than we were two years ago. The team is stronger, we’re more mature, and we’re evolving in a happy way, but also in a savvy way – together. Without Osteria Francescana I couldn’t do the things that I’m doing,” he said, referring to his myriad social gastronomy projects, including his now world-famous ‘Food for Soul’ initiative. 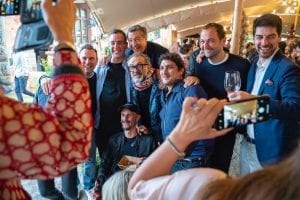 Indeed, Italy that not only has risen again on the highest step of the podium, but it has proven to maintain a very high standard of performance. On top of Bottura, other three restaurants of Italian chefs are among the World’s 50 Best Restaurants, namely: Niko Romito’s ‘Reale’ in Castel di Sangro (L’Aquila), which climbed from the 43rd to the 36th place; Massimiliano Alajmo’s ‘Le Calandre’ in Rubano (Padua), which climbed from the 29th to the 23rd place; and Enrico Crippa’s ‘Piazza Duomo’ in Alba (Cuneo), ranked 16th.