The Wheel of Pompeii to open in May

The work, entrusted to a German company, will start in April, and the inauguration is scheduled for May 8th, on the occasion of religious festivity particularly important in the area. We are talking about the new attraction that is about to be built in Pompeii, a 60-meters tall observation wheel – three meters taller than the dome of the Sanctuary of the Madonna del Rosario.

According to the mayor of Pompeii Pietro Amitrano, “the wheel, as already happens for similar installations in the most important capitals of the world, can be rightfully included in the list of tourism promotion actions for Pompeii. The potential increase in interest, both on the part of residents and tourists, is enough to determine positive effects in terms of the development of the area.” Nonetheless, there isn’t a common agreement on this different and modern way to admire one of the largest and most important archaeological sites in the world, which in 2018 recorded more than 3 million visitors.

In fact, Antonio Irlando, President of the Cultural Heritage Observatory, stated that such an installation would be “violating the cultural values of the archaeological area and infringing the rules of protection for the area around the perimeter of the excavations – for which the superintendency is responsible -,  as well as disregarding what is established in the strategic plan for the development of the territories in the buffer zone around the Unesco Site, as part of the Great Pompeii Project.”

The Wheel of Pompeii should, however, be a temporary installation, running throughout the summer to be dismantled in the autumn. 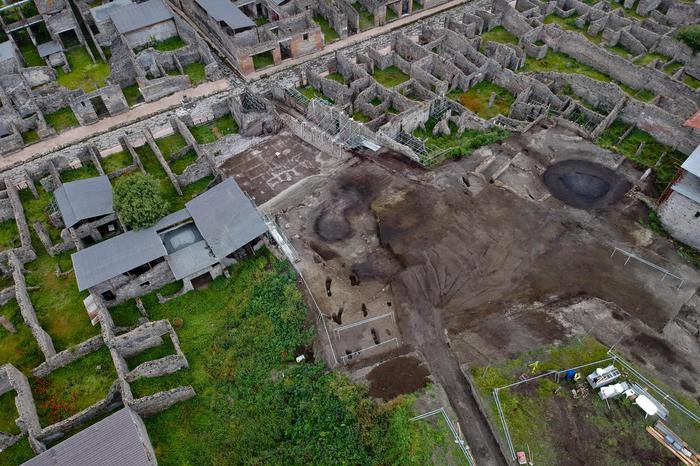