The Quirinal opens to contemporary art and design 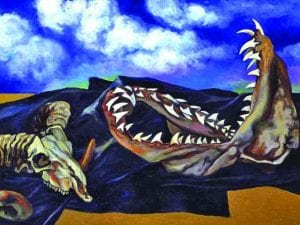 According to Ugo Zampetti, general secretary of the Presidency of the Republic, the project, titled ‘Contemporary Quirinal‘ and curated by Cristina Mazzantini, came to be from the observation of the fact that the rich patrimony preserved in the Quirinale stopped at the Kingdom of Italy. “But this is a living palace – he said – where the Head of State carries out his institutional functions, with an average of 500 visitors a day. Hence the idea of President Sergio Mattarella to fill this gap by inserting works of Italian art and design from the Republican period.” Thus, the imposing rooms of the Palace opened up to creativity and, within them, the sumptuous historical furnishings and extraordinary examples of ancient art will be, from now on, presented next to fine workes produced by the Italian genius in the second half of the 20th century or in the 21st century. 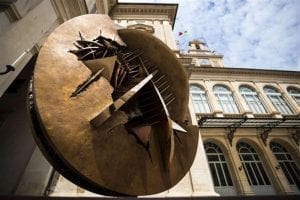 A significant anthology of painting, sculpture, photography, and design Italian, a tribute to the creativity and productivity of the country from the post-war period to today. With works, among others, by Giorgio de Chirico, Francesco Messina, Marino Marini, Alberto Burri, Lucio Fontana, Renato Guttuso, Gio Ponti, Piero Fornasetti, Arnaldo Pomodoro, Carla Accardi, Vico Magistretti, Giosetta Fioroni, Marco Zanuso, Gae Aulenti, Maria Lai, and many others, but also by companies such as Cassina, Fontana Arte, Flos, and Venini.

Works ranging at 360 degrees between schools, currents, and production materials. With a single exclusion: plastic, a material in the past often linked to creativity, but today also seen in its problematic linked to environmental emergencies. The only exception to this is ‘Help the oceans’ by Maria Cristina Finucci, which is made of bottle caps.

Previous Post Liverani among the top 100 CEOs in Germany
Next Post All over Italy, fantastic gelato to be enjoyed