The private life of Enzo Ferrari on show 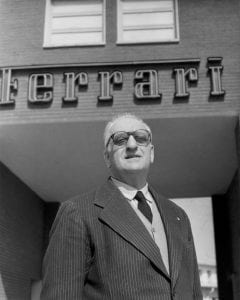 Enzo Ferrari is celebrated on the occasion of the 120th anniversary of his birth with a photographic exhibition set up in Modena in the house where he was born on February 18th, 1898, which is now part of the complex where the Enzo Ferrari Museum is located.

The exhibition illustrates his whole life through intimate images that portray the games of his humble childhood, the first steps in the role of driver, all the way to the time when he became a manufacturing legend. Ferrari’s first race dates back to 1919, and in 1929, he founded Scuderia Ferrari with the aim of allowing its members to participate in motor racing competitions. The competitive activity, with Alfa Romeo cars, continued until 1938, when he became Team Manager of Alfa Corse. In 1940, Ferrari broke away from Alfa Romeo and founded Auto Avio Costruzioni Ferrari, which in the same year designed and produced its first sports car, the famous 8-cylinder, 1500 cc named ‘815’. 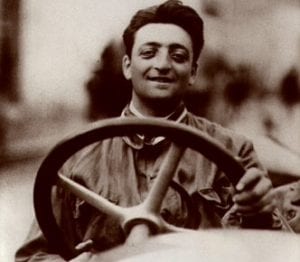 Races were everything for him: personal satisfaction, a means to redeem himself, the desire to succeed; and all of this becomes almost tangible in the exhibition, because the photographs on show portray him in many intimate moments before, during, and after many competitions.
“To think that Enzo Ferrari was born in the IXX century seems incredible – says Ferrari Chairman and CEO Sergio Marchionne – His lesson is more current than ever and his modernity is absolute. He was a man with an extraordinary vision and ability to manage people and resources, as well as possessing a strong entrepreneurial spirit and exceptional courage. One wonders what goals he could have achieved with today’s technical means and knowledge. The mark he made in the world remains a source of pride for all of us in Ferrari and for Italy as a whole.”