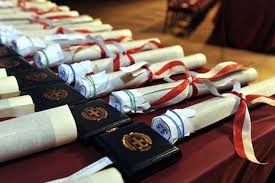 The capital of Lombardy, Milan, celebrates its patron saint, Sant’Ambrogio, or St. Ambrose, as a public holiday on December 7, when most citizens have a day off, and schools and most businesses are closed. Many traditional celebrations take place on St. Ambrose’s Day, including a special church service at the Basilica of Sant’Ambrogio – one of the city’s oldest churches -, the ‘Oh Bej! Oh Bej!’ street market  – with stalls selling local food and drinks, arts and crafts, and gorgeous Christmas decorations. A highlight of the day is the ceremony during which the ‘Ambrogini d’Oro’ are awarded. 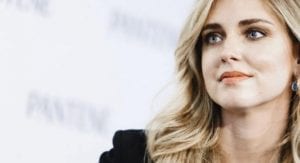 The ‘Ambrogino d’Oro‘ (the Golden Litle Ambrose) is the unofficial name of the highest honors conferred by the municipality of Milan, and it obviously refers to the city’s patron saint. There are two categories of the ‘Ambrogini d’Oro’, the city’s most prestigious honor, presented to distinguished institutions and citizens for human and professional merits: the ‘Gold medals’, and the ‘Certificates of civic merit’. Each year, a maximum of 30 Gold medals’ and 40 ‘Certificates of merit’ are awarded by the Commission for civic merit or Milan’s municipal council of Milan, in which the mayor has a right of veto. With these awards the city expresses its gratitude and rewards the men, women, associations, and organizations that dedicated their lives and work to improve their community, making a special contribution to the city as a whole.

Among the names that have been put forward for the consideration of the Commission for civic merit, and that may receive the ‘Ambrogino d’Oro’ 2018 there are: Jacopo Tissi, the first Italian dancer hired at the Bolshoi in Moscow; Arianna Szorenyi, Auschwitz survivor who always worked to keep the memory of the Holocaust alive through her testimonies; Chiara Ferragni – presented by the Forza Italia political party as “successful woman and entrepreneur” -, and the ‘Old Fashion’ disco – presented by the League political party as a “historical reality that promotes healthy Milanese nightlife”.

Previous Post The Wrong Negroni in the designers' bar in Milan
Next Post Movies, celebrities, and special events to celebrate the world of cinema