Raphael, Porta Pia, Fellini, Sordi, and Italy-Germany, these the topics that Italians will talk about this year

The year that just began, will bring many illustrious anniversaries with it and several of them concern Italy. From the geniuses that influenced different forms of art to historical and sporting events, 2020 will be a year full of celebrations. Here are the most important anniversaries that will be honored by many Italians:

April 6th, 1520 – Raffaello Sanzio da Urbino, known as Raphael, died 500 years ago in Rome at the age of 37. Together with Leonardo and Michelangelo, he formed the great trio of High Renaissance art. He’s famous for his portraits, Madonnas, and Vatican frescos. However, he expressed his artistic mind also through architecture, poetry, design for sculpture, tapestry, and prints.

September 20th, 1870 – After a three-hours cannonade, 150 years ago the Italian troops, commanded by the general Cadorna, entered Rome through the Aurelian Walls by the gate designed by Michelangelo. The ‘breach of Porta Pia‘ and the capture of Rome completed the unification of Italy. 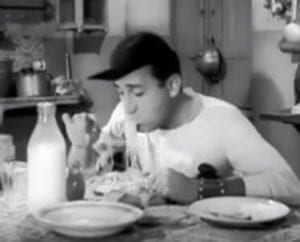 January 20th, 1920 – The world-famous director and screenwriter Federico Fellini (cover photo) was born in Rimini 100 years ago. One of the most influential filmmakers of all time he had a distinct style that blended fantasy and reality won him. He was also the director that won the most Academy Awards (4) for Best Foreign Language Film.

June 15th, 1920 – Roman Actor, voice actor, singer, director, screenwriter Alberto Sordi was born 100 years ago. Famous globally as the dubbed voice of Oliver Hardy in the Italian version of the Laurel and Hardy films, during his 70-years-long career he shaped the Italian cinema.

June 17th, 1970 – ‘The game of the Century‘ took place 50 years ago during the FIFA World Cup semi-final between the two most successful soccer nations in Europe, Italy and Germany. Italy won 4-3, as it is shown on the commemorative plaque at the Aztec Stadium in Mexico City, which hosted the match.

Previous Post The best Italian ski resorts
Next Post Prada, from a leather shop in Milan to the Design Museum in London