‘The Leisure Seeker’, an American story and an Italian director 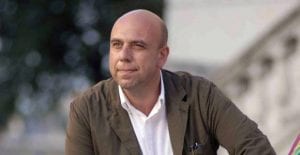 The new film by the Tuscan director, Paolo Virzì, ‘The Leisure Seeker’, with Helen Mirren and Donald Sutherland and distributed by Sony Classics, was presented in Los Angeles in a premiere sponsored by the American Association of Retired Persons (AARP) and preceded by numerous advertisements on products and medical insurances for the elderly. This peculiar sponsorship is in line with the theme of the movie, that presents in an extremely sensitive, although light, way the themes of aging and diseases. ‘The Leisure Seeker’ is the nickname of Ella and John’s old camper. One summer morning, in order to escape a fate of medical care that would separate them forever, the couple, unbeknownst to their children, board the old camper to venture down the Old Route 1 to Key West. John is affected by Alzheimer’s disease but strong, and Ella is grappling with the terminal stage of cancer but is lucid. Their road trip, a very American idea, is told through the lenses of the Italian director and turns in a story of rebellion, a love story full of secrets and mysteries and obsessions that received a nomination as ‘Best Film’ at the Venice Film Festival. 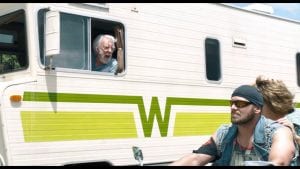 According to Mirren’s – who got her nominated for ‘Best Performance by an Actress in a Motion Picture – Musical or Comedy’ at the Golden Globes, ‘Outstanding Actress Feature Film’, and ‘Outstanding Feature Film’ at the 2018 Women’s Image Network Awards -, few directors would have been able to tackle these themes with such humanity, understanding, and sense of humor. Virzì, on the other hand, says that he entrusted his movie in the hands of Mirren and Sutherland, keeping his direction as light as possible. He said that Sutherland is an actor who likes to explore the character and discuss the scenes, while Mirren is one of the most intelligent people he has ever met. “I advised Helen and Donald not to be too faithful to the script, (…) feel free to improvise.” Indeed, freedom, spontaneity, and naturalness have been at the heart of the making of this movie, “The director of photography Luca Bigazzi did not even bring a spotlight, we always shot in natural light.”

Previous Post Borgotufi: the nature and flavor of central Italy
Next Post Jenner and Bolle for Tod's