The Italian nominations for the Oscars of restaurants 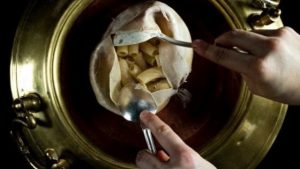 The upcoming World Restaurant Awards want to celebrate restaurants as a key element of culture, in the same way, cinema is one of them. With this in mind, and aiming to better reflect the true range and diversity of the international restaurant scene, Creative Director Joe Warwick and Chair of the judging panel Andrea Petrini designed a format of categories judged by an expert panel – much like those of the Academy Awards for the world of cinema. The categories, which will change each year in collaboration and consultation with the judging panel, are used to reward restaurants that excel in a field, specialty, detail. The launch edition will take place in Paris on February 18, 2019, and Sapori di Repubblica anticipated Italian nominations that will be considered in various categories.

‘Arrival of the Year‘ – new restaurants opened between September 2017 and September 2018: ‘Da Gorini’ (Forlì-Cesena) opened by a group of young friends.

‘House Special‘ – restaurants defined by one particular dish: ‘ Pepe In Grani’ (Caserta), with its pizza called ‘Margherita Sbagliata’; and ‘ Lido 84’ (Brescia) with the ‘Cacio e Pepe in vescica di maiale’.