The Italian influence on the Christmas pudding 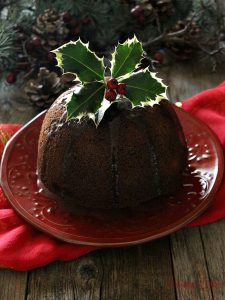 One of the most traditional British festive recipes, the Christmas pudding, would have not been the same without the intervention of a merchant, Giacomo Ragazzoni. Among the most intriguing figures of the late 16th century, he was a gifted wholesale vendor from Venice with impressive enterprising attitude. Ragazzoni traded in textile fabrics, spices, and sugar from the East, but he established some maritime insurance companies too. On top of this, he held the monopoly on the trade in raisins, between the Ottoman Empire and England.

This is the reason why his role has been so fundamental in the development of the Christmas pudding recipe. Thanks to Ragazzoni raisins became widely available in the Tudor kingdom, and without him, the pudding based on this ingredient either would have not been created or it would have been very different. It is no coincidence that the first mention of Christmas pudding dates back to the sixteenth century.

Ragazzoni belonged to a merchant family from Valtorta, in the upper Brembana valley. In 1542, at fourteen years old, he was sent to London to learn the art of trade and to take care of the family’s affairs. There he weaves good relations with the Venetian ambassadors who present him at court: he meets Henry VIII, Edward VI and was invited to the wedding of Mary Tudor with Philip of Hapsburg (1554). He was granted the great honor of inserting the Tudor rose into his heraldic crest.

His tight network of relations with affluent British operators increased his reputation as a skillful mediator, to the point that Mary Tudor charged him of a secret diplomatic mission to Turkey at the time of the war of Cyprus. Ragazzoni was even described as the ‘ideal merchant’ in a treatise published in 1573 in Venice entitled ‘The practice of commerce and the perfect merchant’.