The hidden genius of Marcello Gandini 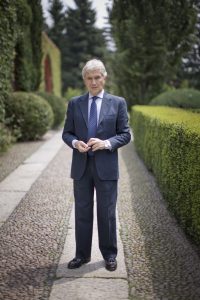 Marcello Gandini is one of the most significant car designers of the twentieth century. For some, it is the most revolutionary of designers worldwide. Yet, a part of his genius is not immediately associated with him and some of his most beloved ideas are less celebrated than others.
This is the inspiration behind, ‘MARCELLO GANDINI. GENIO NASCOSTO‘ (Marcello Gandini. Hidden genius), the exhibition on show at the MAUTO – Museo Nazionale dell’Automobile in Turin. The exhibition presents, alongside the most famous cars, especially sports ones, signed by the designer during his stay at Bertone, vehicles for which Gandini’s engineering and aesthetics were highly innovative. ‘MARCELLO GANDINI. GENIO NASCOSTO‘ is a broad and life-like portrait of the creator of the dream cars, sedans, motorcycles, helicopters, and even factories, new producing processes, as well as secret patents. 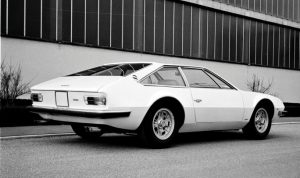 The exhibition, curated by Giosuè Boetto Cohen – journalist and for many years director of “La storia siamo noi” – is divided into two parts: the first one, rich in original documents, objects, and videos, presents the history and production of Gandini. Mike Robinson – director of Stile Bertone in recent years – has contributed to it with concepts and illustrations. 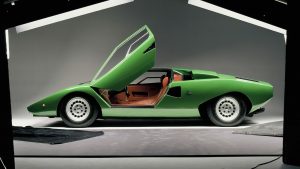 The second part of the route is a parade of stars, with all the most famous show cars and some unusual vehicles. The protagonist is the Stratos Zero presented at the Turin Motor Show in 1970, which arrived at MAUTO from an American private collection. Visitors have also the exceptional opportunity to admire the prototypes of Lamborghini Marzal (on loan from Switzerland), the 1967 Alfa Romeo Montreal, and the Alfa Romeo Carabo (both from the Museo Storico di Arese).