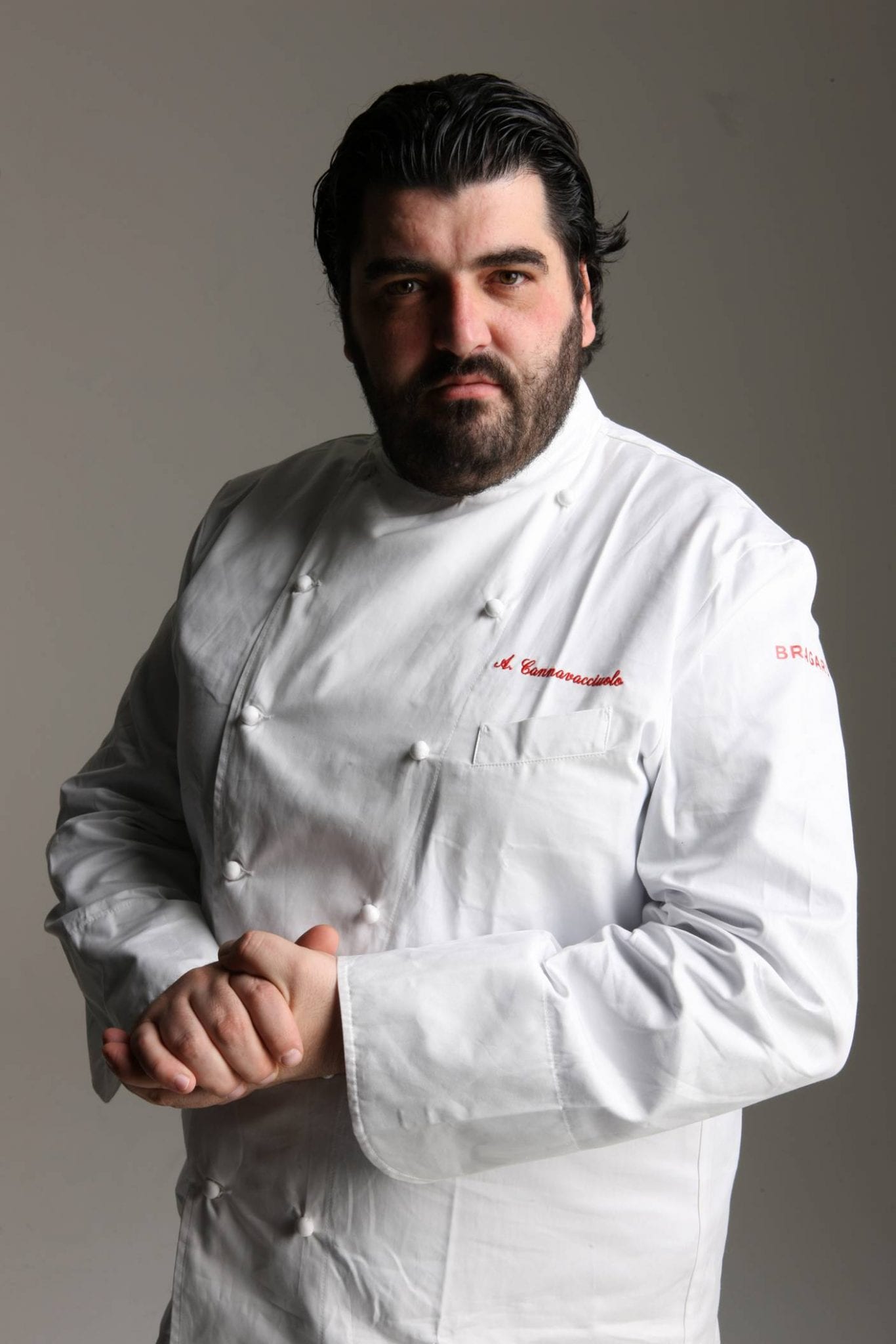 Chefs are the new rock stars, they say. Now perennially present in every television program, important people often surround them, have a considerable salary and attract an increasing number of fans. Above all, they have launched a “new trend”: the perfectly prepared cuisine, meaning carefully selected ingredients and hours behind the stove to prepare unusual dishes. Now everyone feels they can cook.

Now everyone, even more, feels they can be food and wine judges. In all this chaos of bright lights and TV hosts, however, it happens that some of them forget who they are and what their core work is. Seemingly, not chef Antonino Cannavacciuolo. The gentle giant of Italian cuisine (in the literal sense, given his 1.91 meter height) has hit the headlines with his 2013 debut on the small screen conducting the program “Kitchen Nightmares”, but his name in the high-class catering sector was already well established: when he was just 24-years old (he is now 42) he opened his restaurant Villa Crespi with his wife Cinzia on Lake Orta, in Piedmont, emigrating from his native Campania region and proved himself quickly, garnering 2 Michelin stars, 3 forks in the Gambero Rosso guide and 3 hats from the weekly L’Espresso guide.

His TV appearances also increased: “O’mare mio”, a four-episode special of his own making, and, above all, his judge status on “MasterChef Italia” solidified his popularity. Charismatic and good-natured, he gets the chance not only to show off his cooking savvy and enormous knowledge, he also never misses the chance for a noisy slaps on some poor unfortunate back – his signature gesture somewhere between encouragement and reproach. Chef Cannavacciuolo sweats behind the scenes, while keeping up with his camera career, constantly increasing his commitments in the restaurant world. In fact, at the end of October 2015, the Cannavacciuolo Café & Bistrot opened in the center of Novara, and more recently, in Turin, the Bistrot Cannavacciuolo was inaugurated. “Ci pensa Antonino” (Leave it to Antonio), a special television broadcast on Italian channel Nove is an intimate and totally unpublished portrait of the nicest chef of Italian TV, revealing the origins of his passion for cooking and everything it takes to open and run a restaurant. Chef Antonino Cannavacciuolo opened up and gave us a candid interview.