A study conducted by Holidu (www.holidu.it), a vacation rental search engine, counted the hashtags that appeared on Instagram for each Italian museum. Here are the five museums that ranked in the top five positions of the chart resulted from the study: 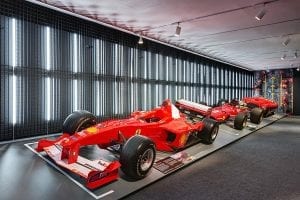 #5 – Ferrari Museum in Maranello (Modena)
The Ferrari Museum, inaugurated in 1998 in Maranello, placed itself fifth in the Instagram museum chart with 44,504 hashtags. Visitors here can learn about the 90-year history of the Prancing Horse and admire the masterpieces that made the history of the automotive sector and that are considered works of art in all respects.

#4 – Pitti Palace in Florence
In the fourth position, there is the vast Renaissance Pitti Palace, which obtained 82,539 hashtags. This historical building currently houses many different galleries: the Palatine Gallery, the Medici Royal Apartments, the Gallery of Modern Art, the Fashion Museum, the Silver Museum, the Carriages Museum, and the Porcelain Museum. 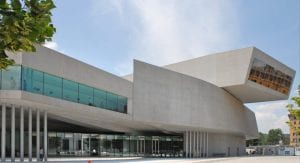 #3 – MAXXI in Rome
On the lowest step of the podium, there is the National Museum of XXI Century Arts, better known as MAXXI, with almost 120 thousand hashtags. The imposing museum, dedicated to painting and architecture and inaugurated in 2010, hosts countlessworks of contemporary art by Italian and international artists: among them, the South African William Kentridge and the Italians Maurizio Cattelan and Alighiero Boetti.

#2 – Uffizi Gallery in Florence
The silver medal goes to one of the most important museums in the world, the Uffizi Gallery. Users of the social network posted hashtags relating to the Uffizi, which is one of the oldest museums in the world – inaugurated in 1581 -, 266.035 times. The rooms of the building designed by Vasari have been frescoed by famous painters of the time, and the art collection is incredibly rich, with many works from the Middle Ages up to the modern age. 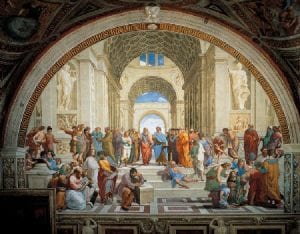 #1 – Vatican Museums in Rome
The Vatican museums, in the heart of the Vatican city in Rome, conquered the first position, with more than 274 thousand hashtags. These museums house one of the largest collections in the world and are the result of acquisitions made by great popes over the centuries. The 7 km of frescoed galleries hosting masterpieces by Michelangelo and Raphael culminate in the Sistine Chapel painted by Michelangelo between 1508 and 1512.

Previous Post All About Italy Helps Rovagnati Bring a Taste of Italy to New York
Next Post Le Baccanti, and the luxury of Italian food, wine, and art