‘The First King’: Rovere’s epic movie about the foundation of Rome

On January 31, 300 copies of ‘The first king‘ (original title: ‘Il Primo Re‘) will be screened in movie theaters throughout Italy. It is an “emotional reinterpretation” directed by Matteo Rovere of the mythical tale around the founding of Rome by twins Romulus and Remus. Set before the founding of Rome in 750BC and with the cast speaking their roles in pre-Roman Latin, the extremely realistic movie was shot entirely with natural light by cinematographer Daniele Ciprì. 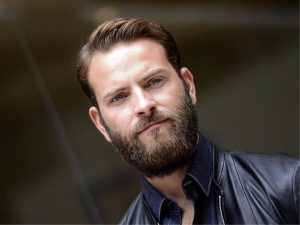 “I’m shooting in pre-Roman Latin because it will bring the audience inside something real and unique that happened centuries before the Roman Empire,” Rovere explained. “I want to demonstrate that the Italian industry is capable of excellent results compared to international standards in prosthetics, stunts, special effects, fights and costumes. Everything was created in Italy.” Shooting in the woods of Monti Simbruini, Monti Lucretili, Monte Cavo with its sacred road, Monte Ceraso in the park of Veio, faced the entire cast, including, Alessandro Borghi, who is Remo, and Alessio Lapice, who is Romolo, with a demanding task.

The imposing production – it cost 9 million euros – of the screenplay written by Filippo Gravino, Francesca Manieri, and Rovere has been specially directed by Rovere with the idea that it was going to be enjoyed in movie theaters. Indeed, the production has refused tempting offers to distribute it only in streaming.

The First King shows with brutal realism the story and the atrocities that brought to the founding of Rome – the city that lies behind one of the longest-standing and most powerful empires of history. In a world where the forces of nature and primitive humanity intertwine with beliefs and superstitions, the twins fight for their life fanning the flame of a dream that is bigger than them, a dream of glory and destruction. To become king, the first king, Romulus must annihilate what is most dear to him: his twin brother Remus.