The exhibition dedicated to Mastroianni in Rome 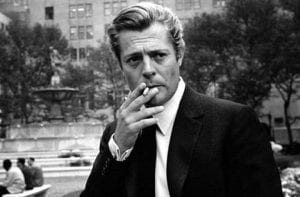 The exhibition dedicated to Marcello Mastroianni, one of the most loved and appreciated Italian actors in the world, at the Museo dell’Ara Pacis in Rome, until 17 February traces his career of through his most beautiful portraits, images, movies, and theatrical plays. Curated by Gian Luca Farinelli, ‘Marcello Mastroianni’ is a journey from his beginnings with Riccardo Freda in 1948 to the fruitful collaboration with Federico Fellini – which began with a masterpiece like ‘La Dolce Vita’ -, to the discovery of an interpreter who has overwhelmingly entered the collective imagination, through his extraordinary filmography and artistic journey. 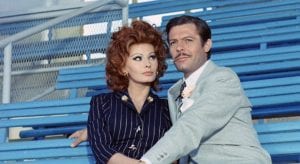 Mastroianni was so dedicated to his acting career that he defined his life as “A parenthesis between one set and another, between one stage and another.” Indeed, he appeared in more than 100 movies between the 40s and the late 90s, and obtained many international awards: 3 Academy Award nominations for Best Actor, 2 Golden Globes, 8 David di Donatello awards, 2 awards for the Best Actor at the Cannes Film Festival, and 2 Coppa Volpi at the Venice Film Festival.

The exhibition is a journey between cinema and theater, the two souls of one of the most important actors in the history of cinema, and it offers the public the opportunity to appreciate him through portraits, writings, testimonies, reviews, objects, and images from his movies and shows, which interconnect with a journey into the history of Italian costumes. Much of the material on show was preserved by the Cineteca di Bologna, by Mastroianni himself, and by many other archives, like those of Istituto Luce and of Rai.

Previous Post The Codex Leicester by Leonardo on view at the Uffizi
Next Post Patavini, the gnocchi boutique in New York