The best Italian restaurants according to L’Espresso 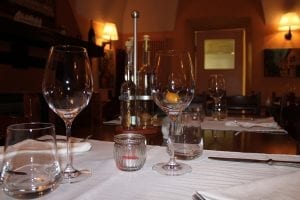 L’Espresso presented ‘I Ristoranti d’Italia 2020′ edited by Enzo Vizzari. Over the years, this publication has become an undisputed reference point of Italian cuisine. And, as usual, also the 42nd edition of the guide selected the very best of Italy’s restaurants and pizzerias. The new guide does not just present a picture of the world of Italian dining, but the very best of Italy’s leading restaurants. After having tested thousands of restaurants, pizzerias, and trattorias, the guide included over 2200 in its many categories.

The most prestious category is dedicated to the ‘Golden hat‘ restaurants, new classics that significantly contributed to changing the Italian cuisine. The new entries here are ‘Da Vittorio‘ in Brusaporto (Bergamo) and ‘La Pergola‘ in Rome.

Among the special awards, ‘Lunch of the year’ went to ‘Lido 84’ in Gardone Rivera (Brescia), ‘Trattoria of the year’ to ‘La Brinca’ in Ne (Genova).

Previous Post Bernini's and Caravaggio's masterpieces take Vienna over
Next Post Sisters in Liberty: a bridge between Florence and New York