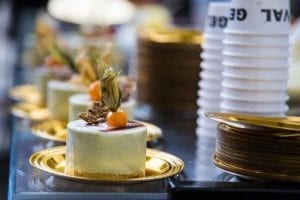 After last year success, the touring Gelato Festival America (GFA) is once again touring the U.S. Giving visitors the opportunity to taste the real artisan Italian gelato made fresh every morning by gelato chefs who have dedicated their professional careers to producing only the freshest, most luscious flavors of gelato. GFA Founder Gabriele Poli, GFA General Manager, Daniele Palanzoni, and their team, are dedicated to promoting the art and culture of artisan Italian gelato in the U.S., making the consumers of the biggest market of cold desserts in the world, aware  of the highest quality of the artisan ice cream compared to industrial products. 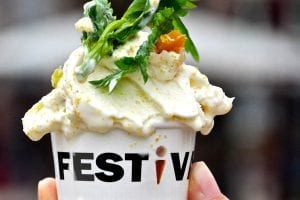 gelato in the world with the most incredible gelato flavors created specifically for the occasion. As Palanzoni explains: “GFA is one of those rare food festivals where, once you enter, you can forget about your wallet and just indulge in all the gelato you can eat in one day. There is one rule: visitors have to taste each competing flavor (out of approximately 15) at least once before getting seconds.” And after the tasting, visitors, including the youngest ones, can vote their favorite flavors. Moreover, it is possible to attend the courses of award-winning gelato artisans and experts to learn the secrets of the trade, and take part in games and activities at the Gelato Village.

The GFA tour started on August 11th  Jersey City and it went to Chicago, and Washington DC. The next appointments of the scrumptious festival are in Dallas (September 29-30), Los Angeles (October 13-14), Phoenix (October 20-21), and Tucson (October 27-28).

Previous Post Palazzo Merulana, a new art collection in the heart of Rome
Next Post Three jewels of southern Italy