The 3 Musketeers of Sardinian taste 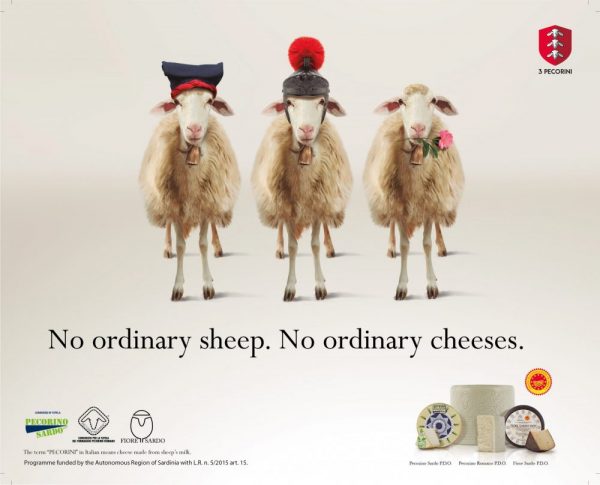 Fine dining is an enchanted kingdom where dishes are enthroned as fascinating and delicious strongholds, but to make this magic possible, it is necessary for the ingredients to possess a nobility that lives up to the situation. A nobility and greatness certainly possessed by the 3 Pecorini, a triad of unique cheeses, produced in Italy with 100% sheep’s milk, coming from sheep still bred in the wild, in their respective areas, by shepherds that with passion preserve and pass on millennial traditions.

The magnificent 3 are Pecorino Sardo, Pecorino Romano and Fiore Sardo, cheeses with a Protected Designation of Origin (P.D.O.) that certifies the highest quality and indicates beyond any doubt the territory of origin. These fine cheeses are the result of ancient knowledge, a treasure to be safeguarded and protected at all costs. On the basis of this knowledge the Consorzio per la Tutela del Formaggio Pecorino Romano (consortium for the protection of Pecorino Romano cheese), the Consorzio di Tutela Pecorino Sardo (consortium for the protection of Pecorino Sardo), and the Consorzio Fiore Sardo (Fiore Sardo consortium) decided to get together to promote the P.D.O. productions in Europe and in the United States. Thanks to the aid scheme allocated by the Autonomous Region of Sardinia, the Consortia launched an original unitary project of promotion and appreciation to transmit the knowledge of the 3 products not only in Italy but also in Germany, in the United Kingdom, in France, and in the United States, with the aim to consolidate the presence of the 3 P.D.O.s in the markets where they are already available and successfully introduced them to areas with great development opportunities.

The 3 Pecorinos are peculiar and certainly enhance the meal: the message conveyed by the consortium points precisely at the added value of this powerful, original, and unusual identity and, in fact, not surprisingly recites: “No ordinary sheep. No ordinary cheeses.”

The 3 Pecorinos are an integral and living part of the ancient Sardinian pastoral tradition, of which they embody the most decisive and authentic flavor: these cheeses, so recognizable and special, represent one of the peaks of excellence of the Italian food heritage. These cheeses, with their unmistakable flavor and incredible preservation characteristics, have been produced and tasted since Prehistory, when the Sardinian lands were inhabited by the Nuragics. Indeed, Sardinia’s morphological characteristics make it particularly suitable for breeding sheep, so much that the Sardinian shepherd is an emblematic and symbolic figure, the perfect synthesis of a possible and lasting harmony between man and nature. 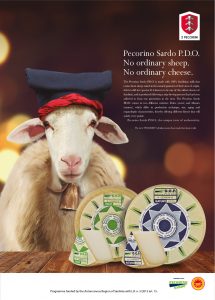 Pecorino Sardo P.D.O. is one of the oldest cheeses from Sardinia and its production follows the same stages handed down for millennia. Since 1996, Pecorino Sardo is a certified Protected Designation of Origin product in Europe. Moreover, since July 2nd of the same year, the quality of the Pecorino Sardo P.D.O. is guaranteed by the Protection Consortium currently consisting of private and cooperative dairies operating throughout the regional territory. Made with 100% Sardinian milk, Pecorino Sardo P.D.O. comes in two different varieties, which give powerful taste sensations and stimulate every palate: the aromatic and delicate Pecorino Sardo ”Dolce” (mild), and the strong and slightly spicy “Maturo” (mature) one. Both the Pecorino Sardo P.D.O. Dolce and Pecorino Sardo P.D.O. Maturo are excellent allies in the kitchen and they add flavor and character to every dish. The pairing with the right wine enhances, even more, the qualities of Pecorino Sardo. The Dolce is in best harmony with soft and full-bodied dry white wines like the Vermentino, while the Maturo, with its strong and intense flavor, is best paired with a strong, medium-bodied red wine with a round flavor like Cannonau or Brunello di Montalcino. 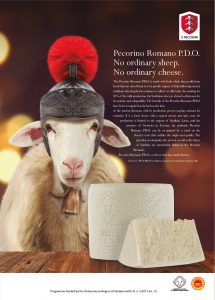 The Pecorino Romano P.D.O., produced with fresh whole sheep’s milk, coming from farms that in 95% of cases are characterized by the presence of a local breed, the Sarda, known for its rusticity and adaptability. This cheese is known and appreciated since the times of the ancient Romans. In fact, writings by scholars of the time such as Varro, Galen, Virgil and Pliny the Elder, describe a technique of production that has remained virtually intact over the centuries. While the surroundings of Rome were the cradle of the production of Pecorino Romano since the late nineteenth century Sardinia became the main production center. This type of hard cheese is characterized by the typical aromatic and spicy flavor and by its technique of production that can be found only in Sardinia, Lazio, and in the province of Grosseto, in Tuscany. P.D.O. since 1996, Pecorino Romano has been the first among Italian cheeses to obtain national and international awards. The Consorzio per la Tutela del Formaggio Pecorino Romano was established in 1979 by a group of producers from Lazio and Sardinia, and, in 1981, the Ministry of Agriculture appointed it the task of supervising the production and trade of the product. The authentic Pecorino Romano P.D.O. is recognizable by the original seal attesting its provenance and quality that is visible on the whole side of the wheel. The past that enriches the present and illuminates the future of Sardinia is inseparably linked to the Pecorino Romano. 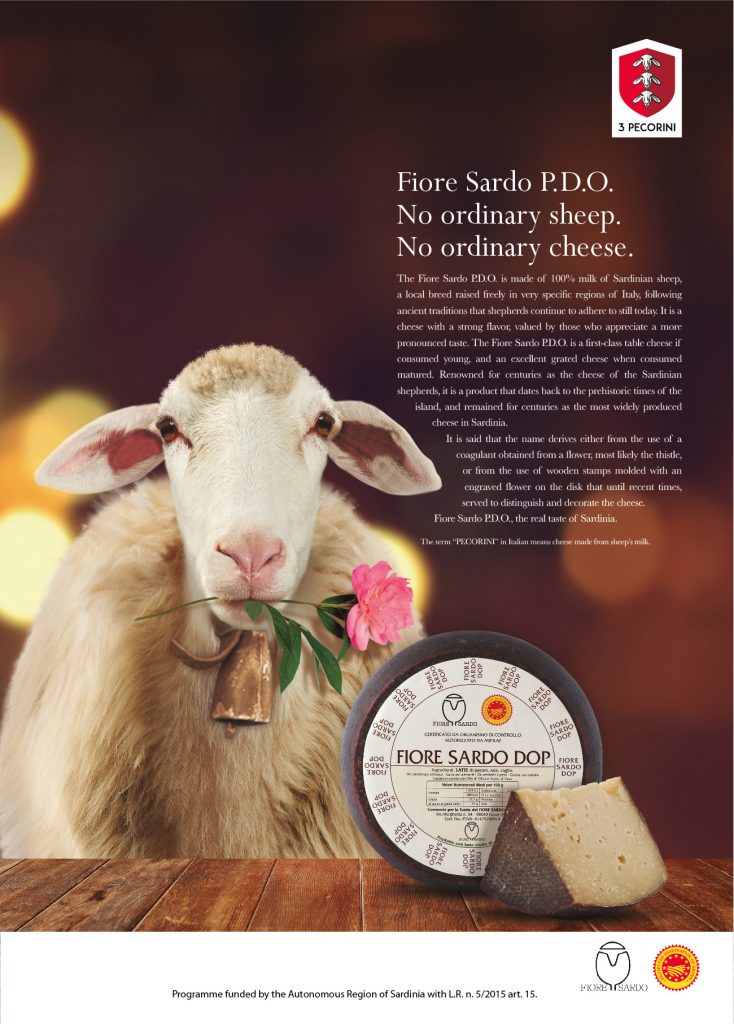 Fiore Sardo P.D.O., made with 100% Sardinian sheep milk, is a cheese with a strong flavor, suitable for the most demanding palates that are inclined to strong flavors. When young, Fiore Sardo P.D.O. is perfect to be consumed at the table, while it is excellent grated when it is aged. Always considered the Sardinian shepherds’ cheese par excellence, it is a very antique product that dates back to the prehistory of the island; for millennia the most produced cheese in Sardinia. The name is said to be a reference to the use of a vegetable coagulant, probably obtained from the thistle flower, or it may refer to the use of wooden molds that had a flower carved on the plate as a decoration and as a distinctive mark.

Due to its historical, cultural, and gastronomic importance, Fiore Sardo has been awarded the Protected Designation of Origin denomination in 1996, also becoming Slow Food Presidium for the handicraft product made in some small towns of Barbagia, in the province of Nuoro. The Consorzio di Tutela del Formaggio Fiore Sardo P.D.O. brings together the Sardinian producers since 2016, ensuring genuineness and tradition in raw materials and processing methods. 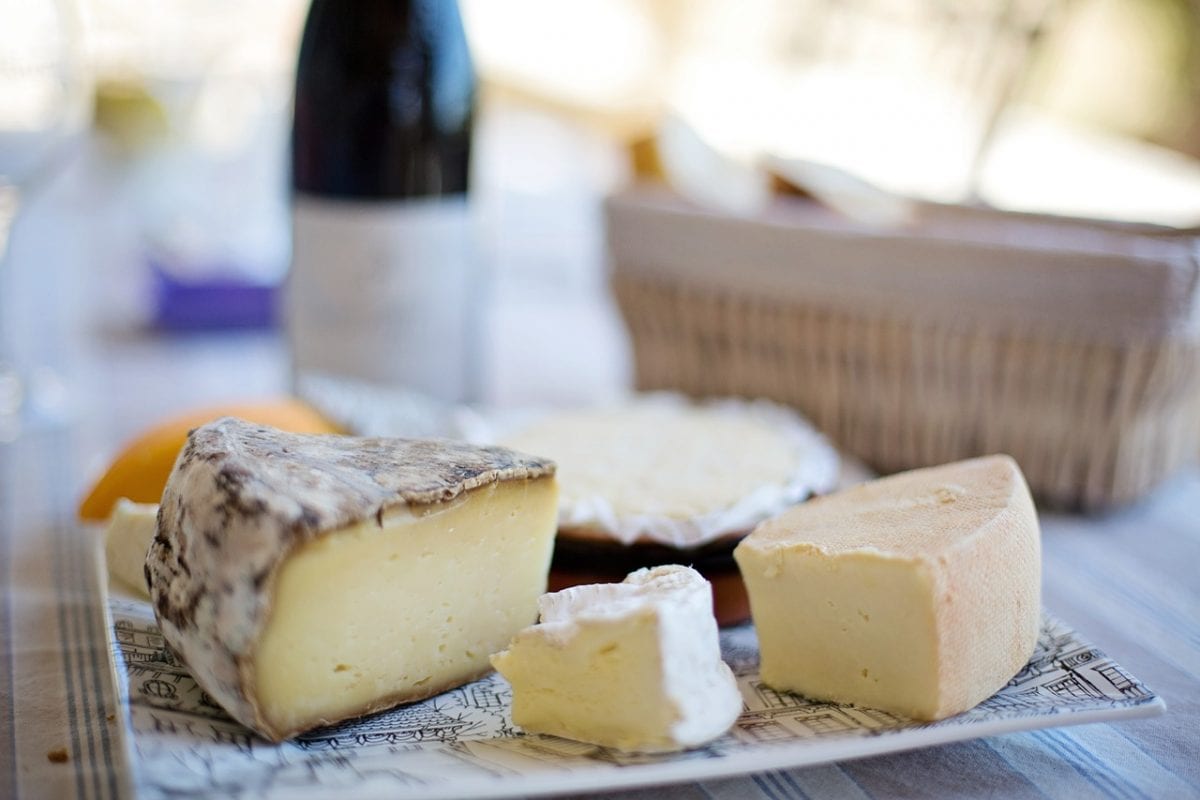 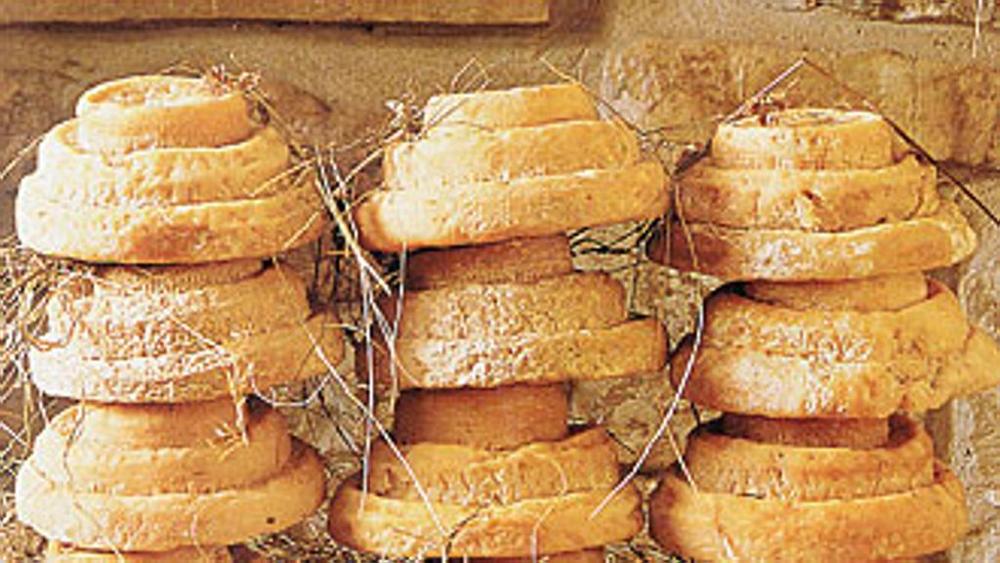