Teaching soccer online to the Chinese 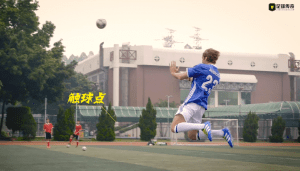 Giovanni Lovisetti, 35-years-old from Milan, and Nicolas Santo, 30-years-old from Montevideo, met in Beijing while studying Chinese Law. Both with a legal education but passionate about football, they identified a gap in the Chinese market and set their minds on filling it with the creation of a start-up that they named Zuqiulegends (Legends of Football), abbreviated to Zql. A platform for online soccer education in China, offering the experience of participating in virtual training sessions, held by great Italian and international soccer players.

In the Asian country soccer is a great passion for over 300 million fans, and the Chinese president  Xi Jinping has declared that he wants to turn his China into a football power by 2030, imposing compulsory soccer training in all public and private schools, on top of building, by 2020, 70,000 new football fields. However, on average, there the sport is played at a much less than stellar level. On the other hand, e-learning contents are extremely popular and it is very common to learn with videos; so much that the online video industry has exceeded 2 billion euros in 2017, with over 700 million internet users and a daily average of 3.75 hours in front of a smartphone. 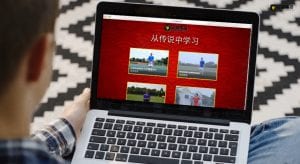 Lovisetti and Santo explain: “The current mix between the policies implemented by the Beijing government and the ever-growing digital market, which sees over 750 million Chinese people increasingly connected, is our perfect storm. (…) There are contents for everything, but no one has ever thought of virtual soccer lessons given directly by the foreign champions loved by the Chinese.” The idea is to offer, on an easily accessible e-learning platform, paid content in which athletes like Massimo Ambrosini, Billy Costacurta, and Marco Negri teach their techniques.