Italians use about 250 gestures to convey their messages. One of them is about to become an emoji

Experts say that only 7% percent of communication is verbal, 38% is made by tone and voice, while 55% is body language. One has to wonder if these data take into account the Italian population. For Italians gesticulating is an essential part of the interactions they have with one another. They can have entire conversations only with their hands. Some of their signs have become popular around the world that the upcoming Emoji 13.0 package will include one of them. 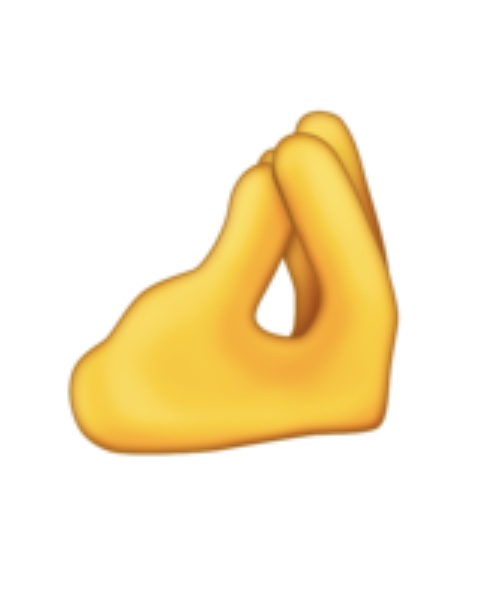 In a restaurant, a customer attracts the attention of the waiter and asks for coffee. The waiter asks how many coffees he should bring to the table. The customer answers the question and adds that he would like the bill together with the coffees. This entire exchange in Italy can easily take place without exchanging a single word. Indeed, it the waiter may not even go to the table at all and communicate with the customer from the bar. All of this is possible because elaborate fingers and hands choreographies here are common knowledge and everyone can decode them. However, very often these gestures are used to emphasizes verbal messages and to clarify the speaker’s intent. Isabella Poggi, a professor of psychology at Roma Tre University and an expert on gestures, identified around 250 gestures that Italians use in everyday conversation.

One of these, the fingers pinched against the thumb, has become so internationally recognizable  that many identify it being Italian. Ethnographer Andrea De Jorio was the first one to describe it in “The mime of the Ancients” in 1832.

What he called “the gesture for asking for something” has indeed become the most famous and most misrepresented Italian gesture abroad. In reality, its meaning is so flexible that it is difficult to pinpoint. In general, it is a request for clarification of what one is talking about or doing. However, its significance changes depending on the context. It may imply a joking tone or a very angry one according to the facial expression of the person who uses it.

For these reasons, it will be interesting to see how the international smartphone users will handle it when it will appear on their devices as a new emoji. In fact, the iconic Italian gesture has been approved by Unicode Consortium.

And it will be part of the new Emoji 13.00 set of emojis, which is due for release in March.