‘Sicario: Day of the Soldato’ by Sollima 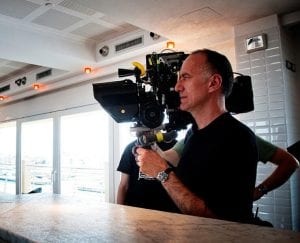 Italian director Stefano Sollima, bought a ticket to his own ‘Sicario: Day of the Soldado‘ to be able to experience the movie’s opening weekend in the United States with a live audience. “I want to see the reaction for myself,” he said. And considering how much it made, it has been a positive reaction. The sequel to ‘Sicario’ started with $19 million, while the first chapter made $12 million, after two weeks of limited distribution.

Sollima does not like to identify his English-language debut and first major studio feature as a sequel of ‘Sicario’  directed by Denis Villeneuve, but he sees it as another chapter in an anthology that describes, from different points of view the world of Mexican drug cartels. In this light, he points out the importance of the fact that the directors gave their own distinct styles to each movie. ‘Sicario: Day of the Soldado’ brings back original stars Benicio Del Toro and Josh Brolin as a brutally efficient hitman and a boundary-pushing dark opps agent, respectively. However, the movie does not include Emily Blunt’s idealistic FBI agent, because Sollima wanted to deny the audience of the moral compass that the character was in ‘Sicario’. 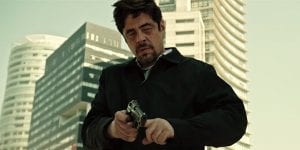 Sollima’s preferred to more unsparingly drop the audience into the immoral chaos of drug cartels and border politics. The movie is also extremely violent with the camera lingering on the countless bloody killings. “This is a gritty movie where everything is put in front of you without any filter or without being gentle about anything,” said Sollima, adding “it’s something about being human — this need to go to a better place or to find a better life in another society. Our film is meant to be entertaining, but also should raise smart questions.” Indeed, although the movie was conceived a year ago, the timing of its debut is striking, as it is opening at a time when Donald Trump’s family separation policies and calls for a border wall have focused new attention on border crime and illegal immigrants desperately trying to cross over to a better life in the United States.