On November 30th, at the Formula 1 Etihad Airways Abu Dhabi Grand Prix 2019, RM Sotheby’s will auction the F1 car with which Michael Schumacher dominated the 2002 Championship closing each single race in first or second position and taking the world title six weeks before the conclusion of the races, concurring the, still unbeaten, record of the shortest time taken by a pilot to conquer the World Driver’s Championship title.

Moreover, the specimen that will be on sale in November is the Chassis no. 219, that is the car Schumacher drove when he won, in just one year, in Australia, Brazil, San Marino, Spain, Austria, Canada, Great Britain, Germany, Belgium, Japan, and, above all, in France at Magny Cours – the victory that crowned him winner of the Championship. Chassis no. 219 was used as a test car in the remainder of the 2002 races and retired following the season. It has since been held in significant private collections across multiple continents. 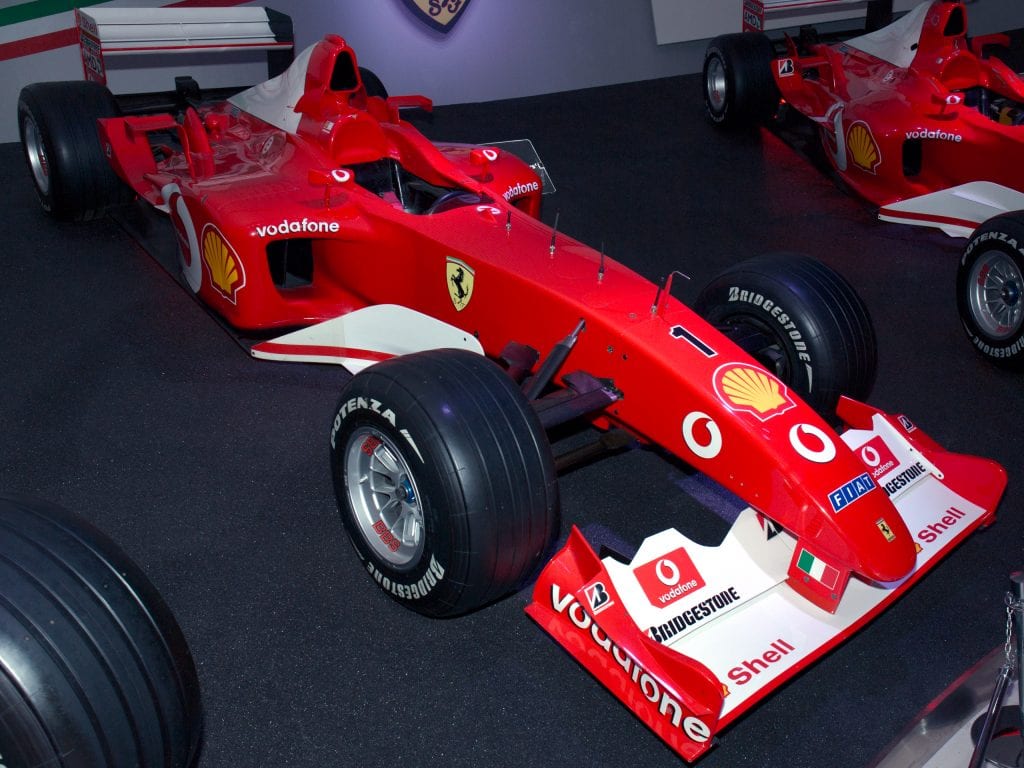 According to estimates, the F2002 is valued at 5.5 to $7.5 million, but, considering that recently a GP F2001 was sold by Sotheby’s at $7.5 million the iconic car could be sold for an even higher price. What is certain is that a percentage of the proceeds from the sale of the F2002 will be donated to the Keep Fighting Foundation, founded by Michael Schumacher’s family to channel the positive energy received by the champion as a force for good in the world in achieving cultural and social benefits. The non-profit initiative hopes to unite that positive energy as a global movement and to prove that giving up is not an option, as Schumacher determination proved.