Rovagnati Tasting Week is finally back in NYC

Rovagnati and All About Italy present Rovagnati Tasting Week in New York City from October 14-20 2019.

A celebration of Italian gastronomic history through the participation of 20 New York restaurants and pizzerias. Each preparing a special dish inspired by the key ingredient of Rovagnati’s Gran Biscotto prosciutto cotto, which is the highest-end product in Rovagnati’s selections. 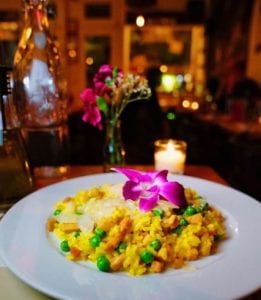 After its debut in Europe (Munich and Frankfurt), Rovagnati Tasting Week has established itself as a unique annual event in NYC for the 3rd year in a row.

These 20 carefully selected restaurants and pizzerias, together with a few Italian panini/panzerotti and bakeries, listed below, will also participate in a competition to determine the three best recipes created for Rovagnati Tasting Week that feature Gran Biscotto prosciutto cotto as the main ingredient.

Thus, the ultimate goal is to showcase this Rovagnati product and demonstrate how Gran Biscotto prosciutto cotto can be used to create new dishes in innovative ways.

The three best recipes will be awarded with either a Berkley meat slicing machine or set of Berkley knives. The selection of the three winners will be entrusted to a selection of journalists, who will be invited to dine in the restaurants and pizzerias that will take part in the Tasting Week.
Each of them will be given a judgment card in which they will be able to express their opinion on the

dishes offered in the various locations. The journalist will assign a vote from 1 to 5 in three categories (taste, dish and originality).

A combination of votes from diners, press and influencers, as well as likes on social media, will determine the three winners of the competition. Hashtags to vote online include @allaboutitaly_mag, #Rovagnati and #RovagnatiTastingWeek.

Rovagnati, a 100% family owned Italian company with a passion and commitment for undisputed quality and perfection, is a co-leader in the Italian charcuterie industry with a constant focus on international expansion throughout the world.

Only the best pork legs become Gran Biscotto. Selected and deboned by hand, flavored with a secret blend of spices jealously guarded by the Rovagnati Family, massaged up to 72 hours, Gran Biscotto is then slowly
steamed for 12 hours and lastly left to rest for up to 4 weeks.  This is how Rovagnati gets that unique taste, fragrance and consistency.  The rind is branded to allow consumers to recognize Gran Biscotto seal.
Gran Biscotto varieties include: Classic, Gourmet, Roasted, with Truffles and Smoked. Rovagnati has identified a new longterm vision for its strategy development, Rovagnati QualitàResponsabile (Rovagnati Responsible Quality), based on three essential pillars:
1)TASTY: Rovagnati produces the best cold cuts specialties in the original Italian tradition .
2)HEALTHY: Rovagnati uses the best selected ingredients and innovative technologies to provide the highest food safety for customers and consumers.
3)FAIR: Rovagnati is committedto sustainability in terms of environment, animal welfare and resources.