Rome Film Festival. The world of cinema meets in the Eternal City 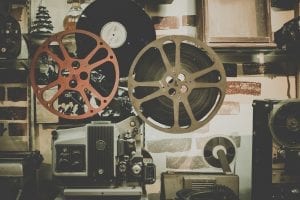 The 14th Rome Film Festival will take place from October 17th  to the 27th at Auditorium Parco della Musica. Like every year since 2006, the prestigious building complex will host screenings, exhibitions, celebrity appearances, debates, conferences, and panels. While the impressive red carpet will be hosted on the avenue leading to the Cavea, the open-air theatre square. However, the Festival will involve many other venues throughout the city with master classes, tributes, retrospectives, and special events.

The story, the voice, and the secrets of the son of a baker who became an international superstar. Martin Scorsese’s ‘The Irishman‘ – an epic saga of organized crime in post-war America – will be presented on October 21st. It has a fantastic cast: Robert De Niro, Al Pacino, Joe Pesci, Harvey Keitel, Ray Romano, and Anna Paquin. A not-to-miss director is Alma Har’el with her ‘Honey Boy’.

An American drama about a young actor starring Shia LaBeouf, Lucas Hedges, and Noah Jupe. There will als obe 8 tributes of the Italian cinema including Gillo Pontecorvo’s ‘Kapò’, Franco Zeffirelli’s ‘The Taming of the Shrew’, and Turi Ferro’s ‘L’Ultimo Prosepero’. Among the newly restored Italian masterpieces: Fellini’s ‘Satyricon’, Visconti’s ‘Conversation Piece’, Andò’s ‘The Prince’s Manuscript’, and Olmi’s ‘The Profession of Arms’.

dward Norton will present his ‘Motherless Brooklyn’, which he both starred in and directed. Ron Howard, Oscar winner for ‘A Beautiful Mind’, will also be a guest of this section to present ‘Pavarotti’. Others that will take part in ‘Close Encounters’ are John Travolta, Benicio del Toro, Fanny Ardant, Olivier Assayas, Ethan Coen, and Hirokazu Koreeda.