‘Rocco Schiavone’ lands in Germany and in the U.S. 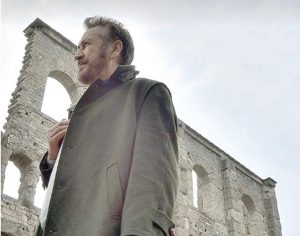 Following the success of ‘My Brilliant Friend’, another Italian fiction production is going to entertain an international audience. ‘Rocco Schiavone‘, the series produced since 2016 by Cross Production and Rai Fiction, and broadcast by Rai 2 will be debut in Germany on January 26 on the Ard channel with the title ‘The Commissioner and the Alps‘. While in the United States, the 20-part crime series will be broadcast by premium cable and satellite television network Starz.

The first two seasons of ‘Rocco Schiavone’ (the third one is currently under production), were a true hit on Rai 2, doubling the channel’s average share. In particular, the episodes of the second one were watched by an average of 3 million viewers.

Based on the best-selling novels by Antonio Manzini, the series centers on the vicissitudes and investigations of the gruff and irascible deputy Roman police chief Rocco Schiavone, who, for disciplinary reasons, is sent to Aosta on the mighty Italian Alps. The sarcastic and ill-tempered cop, interpreted by Marco Giallini, finds difficult to adjust to a situation so different from the one in which he has always lived. He carries on his investigations on the crimes that upset the seemingly quiet capital of Valle d’Aosta, often resorting to methods at the limit of legality. The memory of his never forgotten wife Marina is a constant presence in his life in the form of daily hallucinations.

Paolo Del Panta, editor in chief of All about Italy, is “Cavaliere dell’Ordine della Stella d’Italia”