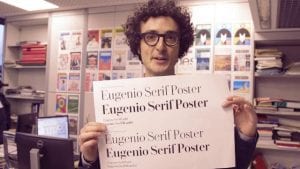 The jury of the Society for New Design (SND) announced the titles of the seven finalists for the World’s Best-Designed Newspaper award, the winner of which will be announced during its annual seminar. Among the finalists there is the Italian ‘La Repubblica’, and the others are ‘Die Zeit’ (Germany), ‘Het Parool’ (Amsterdam, the Netherlands), ‘HS Viikko’ (Finland), ‘La Nación’ (Buenos Aires, Argentina), ‘The New York Times’ (New York, USA), and ‘Politico Europe’ (Belgium).

‘La Repubblica’ was founded 1976 in Rome by Eugenio Scalfari, also director of the weekly magazine ‘L’Espresso’, together with politician Barbara Spinelli, and published by Gruppo Editoriale L’Espresso. 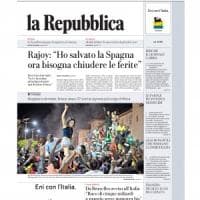 The nomination comes just a few months from the graphic restyling of the newspaper conceived  by Angelo Rinaldi and Francesco Franchi. The restyling was presented to the public in November when the newspaper introduced ‘Eugenio’, the new font created with the aim to “look at future changes”, but with a name that pays tribute to its founder, Scalfari, and its origins.

For each newspaper, the five judges composing the jury indicated their motivation, after analyzing writing, visual storytelling, use of resources, execution, photography, headlines and “voice” – as well as overall design. These the words chosen by the jury to explain the reasons of La Repubblica’s nomination: “This newspaper shines with its quiet elegance, refined typography and color palette and exquisite organization. It clearly knows its audience and caters to it. Well edited on every level, La Repubblica uses subtle visual cues and a smart, sophisticated graphics style to explain stories to its readers and place them in its world.”