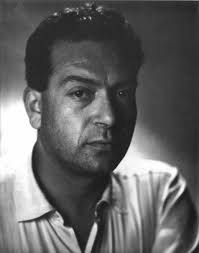 The Civic Museums of Villa Mirabello in Varese is hosting, until January 6th, 2020, the ‘Renato Guttuso in Varese. Works of the Pellin Foundation‘ exhibition curated by Serena Contini with which the Municipality of Varese celebrates Renato Guttuso. The 25 paintings, property of the Pellin Foundation, are presented for the first time in Varese in the rooms of the 18th-century villa in a theme-based itinerary that enhances the Pellin collection and the mostly unpublished photographs. The exhibition takes place in the year of the 10th anniversary of the death of Francesco Pellin, the most important private collector of the works of the master from Bagheria.

Contini stated: “The exhibition, with the catalog, wants to highlight the relationship of affection and collaboration between Renato Guttuso and Francesco Pellin. The friendship between the artist and the entrepreneur began in 1974 when they met by chance in a hotel on the island of Ischia.” Their friendship subsequently developed thanks to the fact that they were often in Varese, where Guttuso had his Velate studio, at the same time.

The exhibition itinerary starts from the ‘Protagonists‘ section, with the works that depict the collector, his wife Adriana, the Master’s self-portrait, ‘L’Atelier‘, and the ‘Paesaggio d’Ischia‘ created for the birth of the first-born of the Pellins. The section is preceded by photographic and documentary materials that testify to the friendship between Guttuso and Pellin and followed by sections that explore the intense, passionate and deeply realistic relationship between Guttuso and the female world: ‘The world of women‘, ‘The nude’ and ‘The last eros‘. In the ‘Love for Sale‘ section, there is a large canvas called ‘Van Gogh brings the cut ear to the Arles brothel‘.

The visitor has the opportunity to deepen the realization of this picture thanks to the exposition of a series of unpublished photos taken in 1978 by Nino Marcobi, secretary and friend of the artist. The exhibition path continues with the section dedicated to ‘The Sport’, a passion of Guttuso. The social and political sensibility of the artist is underlined by the canvas ‘The sleep of reason generates monsters’, created following the Bologna massacre of 2 August 1980. Also on display are documents, photographs, explanatory panels and quotations taken from statements by the artist that allow the visitor to immerse themselves in the world of the painter.

Previous Post The Sacra, one of the most sacred sites in Europe
Next Post The best caviar is Italian