“Regine & Re di cuochi” (Queens and Kings of cooks), the title of the exhibition dedicated to the excellency of Italian cuisine and its protagonists, plays with the words ‘queens and kings of hearts’ (‘cuori’ in Italian), highlighting how cooking is at the heart of the Italian culture. The exhibition, promoted by the Associazione Maestria, is set up, until June 24th, in the spaces of the Ex Borsa Valori, among the events of the Bocuse d’Or Europe Off 2018, which until mid-June celebrates in Turin the European final of the Bocuse d’Or, the most prestigious gastronomic competition in the world, for the first time hosted in Italy. 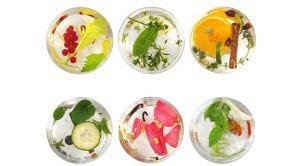 After its debut two years ago at the Palazzina di Caccia in Stupinigi, and the second edition that took place in Alba, on the occasion of the International Truffle Fair, “Regine & Re di cuochi” replicates in the capital of Piedmont its path dedicated to Italian cuisine and its protagonists. A journey through the history of the Italian culinary art presented with the aim of endorsing the culture of food and wine, through videos, installations, photos, documents, cooking objects, and menus that condense the stories of 30 great chefs of the past and present. Visitors are guided by the multimedia technological developed by Zetalab to the discovery of the protagonists: Gualtiero Marchesi, Lidia and Guido Alciati, Aimo and Nadia Moroni, Nadia Santini, Gianfranco Vissani, Carlo Cracco, Massimo Bottura, and many others.

The exhibition wants to acknowledge the artistic nature of cuisine creativity that has its rightful place in catalogs that usually reserved for works of art and that, in this case, has been captured in the successful catalog published by Giunti, which illustrate the exhibition with plenty of images.