On December 7th, the opera directed by Chailly will be broadcasted all over the world, on RAI1, and across Milan

On December 7th, ‘Tosca‘ by Giacomo Puccini inaugurates the 2019/2020 Opera season of the Teatro alla Scala. Maestro Riccardo Chailly will direct it, while Davide Livermore will be in charge of the setting. They already collaborated on Verdi’s ‘Attila‘ for last season’s opening and previously on Donizetti’s ‘Don Pasquale‘. With them also Gianluca Falaschi for the costumes and Giò Forma for the scenes, enriched by the videos of D-wok and illuminated by Antonio Castro. The protagonists on stage will be Anna Netrebko, Francesco Meli, and Luca Salsi. 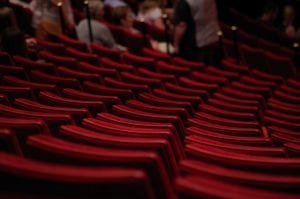 ‘Tosca‘, presented in the critical edition by Roger Parker for Ricordi, is a focal point of Chailly’s Puccini project based on the most up-to-date research on the author. It started with ‘Turandot’ with final by Luciano Berio and continued with ‘La fanciulla del West’ with the original orchestration by Puccini. But he also presented the ‘Madama Butterfly’ and ‘Manon Lescaut’ in their first version.

Teatro Alla Scala’s opening night is a major cultural event for Italians as well as for opera lovers all over the world.

Like every year, RAI, the Italian state broadcaster, will broadcast it in live coverage on its first channel, RAI1. It will also take care of the live broadcast in various Italian theaters and cinemas around the world. All of this is a continuation of a collaboration inaugurated in 1976 between RAI and Alla Scala to promote the extraordinary heritage of opera.

Moreover, the Municipality of Milan and Edison together with the Teatro alla Scala organized the ‘Prima Diffusa’ (‘widespread opening’) program. The program includes over 50 preparatory events between November 30th and December 12th in 40 locations across Milan. These, of course, in addition to the live broadcast of ‘Tosca’ in 38 theaters, cinemas, and cultural institutions of the city.

Previous Post Panettone, as delicious as difficult to make
Next Post Lidia Bastianich to be awarded the prestigious Premio Artusi