The Consortium took part, in New York, at the event organized in defense of Made in Italy and DOP brands

In defense of Made in Italy and DOP brands representatives of the Consortium for the protection of Pecorino Romano flew to New York. Vice-presidents Gianni Maoddi and Leonardo Tilocca took part in the ‘I Stand With Made In Italy‘ event, organized by the I Love Italian Food Association. Here, during the IV Week of Italian Cuisine in the world, at the Institute of Culinary Education, food sector professionals gathered to defend Italian original products. 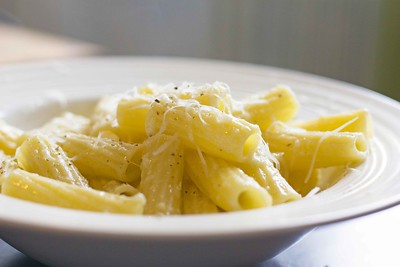 In his speech, Maoddi recalled the very ancient origins of Roman pecorino. “We must go back to the time of the Roman Empire. When in the legionary ration there was an ounce of this cheese that gave a great contribution of energy and guaranteed long conservation of its characteristics. It was produced using whole sheep’s milk, lamb rennet, and sea salt. Exactly the same ingredients that are used 2000 years later in the two only DOP areas, Lazio and Sardinia”.

The production of Roman pecorino today involves more than 12,000 farms, 40 processing industries, and a total of over 100,000 workers.

“Today, Pecorino Romano is one of the most exported Italian cheeses in the world,” Maoddi said.  Every year, about 30,000 tons (1 million wheels) of Pecorino Romano reach final consumers and almost 50% of them are in the US. Last month Pecorino Romano was not affected by the introduction of import duties on European dairy products. This has been possible thanks to a long legal battle that the Consortium won. To do so, it highlighted the exclusivity of the raw material and the satellite activities that it generates once in the US.

Previous Post The Italian Cultural Institute in Stockholm celebrates Leonardo
Next Post Panettone, as delicious as difficult to make