Polosud, a sweet and refreshing taste of Sicily in New York 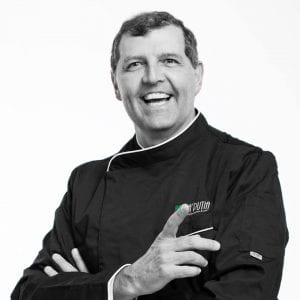 Giacomo D’Alessandro is the pastry chef from Palermo that found the way to delight his customers in New York with perfect cannoli by using liquid nitrogen to use ricotta made by shepherds in San Biagio Platani, in the province of Agrigento, as fresh as if it was prepared minutes before the moment it is used to fill the pastry. He has also recently opened a new location where he makes gelato with the same ingredients, procedures, machines, and passion with which it is made in his Sicily. 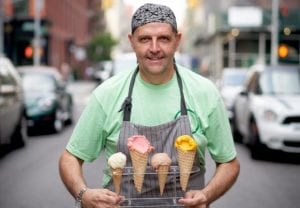 The idea of PoloSud (South Pole) is to offer, in Mott Street, in the heart of North Little Italy, the authentic gelato that is made in the South of Italy thousands and thousands of miles away. Considering that freezing for the transportation would require to lower its temperature so much that it would end up resembling an American ice-cream, rather than a Sicilian gelato, the chef decided to produce it by hand on site. The most of raw materials come from Italy – the Sicilian pistachios from Bronte, the hazelnuts from Piedmont, the chocolate from Modica – and all the other ingredients are selected to guarantee the best quality – dark chocolate from South America, milk selected from a farm in the north of the state of New York with 60% less fat (identical to the Italian one). Everything produced and dispatched the same day. With this careful research of traditional ingredients, D’Alessandro combines the innovation of modern machinery imported from Italy, an essential combination to obtain a product of the highest quality unique in its kind.
D’Alessandro admitted that combining American habits with Italian gelato has been a challenge, however, in the 21-traditional-flavors menu he introduced a flavor called “The American” that is made with fresh bananas and peanut butter, as well as one made with “Rum and Mint”. In addition to homemade gelato, there is also be Sicilian pastry, duly represented by cannoli, profiteroles with sweet cream, and “Brioche con Gelato”, a hot pastry filled with cold gelato.