‘Plessi at Caracalla’, video art at the Imperial Baths 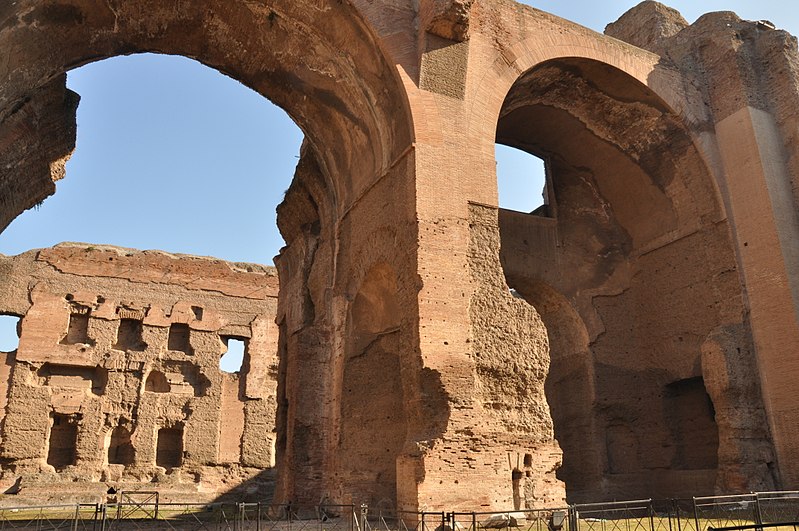 Fabrizio Plessi, has always been drawn to water for its primordial and mystical associations and he used it as the central inspiration for his installations, films, performances, and massive sculptures since 1968. He also became famous for his ‘Roma‘ installation, which combined stone ruins and embedded video screens. These characteristics of his multidisciplinary artistic career are coming together in a fascinating location, the Caracalla Baths. In fact, from June 18th until September 29th, it will be possible to visit his new exhibition, ‘Plessi at Caracalla. The secret of the time‘, that is curated by Alberto Fiz and organized by the Special Superintendency of Rome in collaboration with Electa.

The exhibition will give visitors the opportunity to walk through a newly open sector of the basement of one of the most fascinating places in Rome. This part of the Baths was previously inaccessible to visitors and was opened only after a complex restoration work, which included the return to Caracalla of some works of ancient art originally placed in the thermal plant.

The complex project of one of the major exponents of the video art, accompanied by the music of Michael Nyman, pays tribute to the great history of Rome. Along the 200-meter exhibition path, there will be 12 video installations which, both in the structures supporting the screens and in the contents of the videos, will develop classic themes. Water, fire, the history of the Baths, the figure of Caracalla and more, will be at the center of an immersive experience, which celebrates the most sumptuous Imperial Baths in Rome.