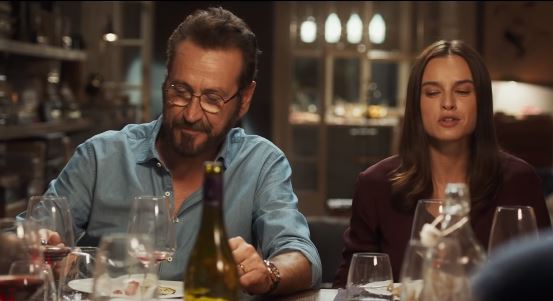 On July 15, 2019, just after three years from its release, Paolo Genovese’s 2016 bolockbuster ‘Perfect Strangers‘ (original title: Perfetti sconosciuti) was listed in the ‘Guinness World Records‘ as the most remade movie in the history of cinema. The protagonists of the choral comedy, written by the director together with Filippo Bologna, Paolo Costella, Paola Mammini and Rolando Ravello, are seven riends friends who, during a dinner, decide to play an exciting and dangerous game: put their phones on the table and sharing all the messages, emails, and calls they receive during the evening, in an attempt to prove to others to have nothing to hide. The protagonists of the original movie, which won 2 David di Donatello, including best film, and 3 Nastri d’Argento and making a total of €17.3 million, were Kasia Smutniak, Marco Giallini, Valerio Mastandrea, Anna Foglietta, Giuseppe Battiston, Edoardo Leo and Alba Rohrwacher.

The 18 remakes of the movie, in total, have recorded revenues for 500 million euros. Among them there remakes made in: Greece – by Thodoris Atheridis-, Spain – ‘Perfectos Desconoscidos’ -, Turky – ‘Cebimdeki Yabanci’, produced by Ferzan Özpetek -, India – ‘Loundspeaker’ -, France – ‘Le Jeu’ -, South Korea – ‘Intimate Strangers’ -, Mexico, Hungary, China, and Russia. Currrently there are 8 other adaptations in the pipeline, including the US one with the Oscar-winning Charlize Theron. The actress would have seen the Genovese’s blockbuster during a flight and would have liked it so much to start negotiations to make a new version of it.

Genovese, in an interview published by La Repubblica, commented on the incredible record: “There are movies more beautiful than this, but (‘Perfect strangers’, ed) has been able to intercept a social phenomenon in which everyone identified. I don’t know if it will ever happen to me again, I was lucky.”