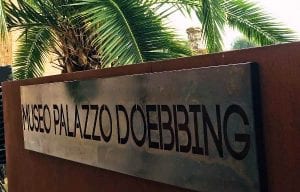 The reopening of Palazzo Doebbing in Sutri (Viterbo) as a museum is celebrated with the exhibition, promoted by Fondazione Cultura e Arte (emanation of Fondazione Terzo Pilastro – Internazionale) of ten different exhibitions that will be hosted in the 1000 square meters of exhibition area that resulted from an 8-years-long renovation. Nine of them can already be visited, while one will open on December 15th. 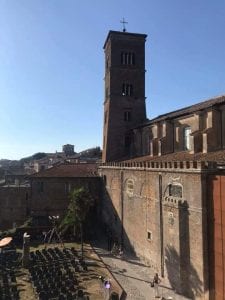 The museum is named after Joseph Bernardo Doebbing, born in Munster in 1855, who, in 1900, was elected bishop of Sutri and Nepi, in the province of Viterbo, after living in the United States, where he became a priest and professor of philosophy in the Cleveland seminary. Monsignor Doebbing, a man of great faith but also of rare and sophisticated culture, promoted important works for the education of the young, of the clergy, and of the whole population; he also ordered a radical restoration of the episcopal palace of Sutri dating back to the thirteenth century. Indeed, the neo-gothic structure of the building, the addition of the battlements, the clock tower, the balcony and other important changes to the original building are due to Doebbing’s desires.

The ten exhibitions that celebrate the opening of the museum are: ‘The Beauty of God – Paintings and art objects from the fourteenth to the seventeenth century in Tuscia’, ‘Giuseppe Pelizza da Volpedo – Green Idyll’, ‘Kouros – Wilhelm von Gloeden, Roberto Ferri’, ‘Giovanni Iudice – The new Fourth State: migrants’, ‘ Luciano and Ivan Zanoni – Immortal Animals and Plants’, ‘Matteo Basilè – Icons’, ‘Eva – To the Wonder’, ‘Italo Mus – Under the sky, ‘Luigi Serafini – Etruscan Swing, Monument to Sutri’, and ‘Titian – Ecstasy of St. Francis’, which will open in December.