‘Once upon a time Sergio Leone’ in Paris 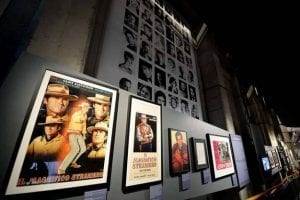 Gianluca Farinelli, director of the Cineteca di Bologna, is commissioner of the fine exhibition entitled ‘Once upon a time Sergio Leone’ that, until January 27, will be hosted at the Cinémathéque Française in Paris.

Born and died in Rome (1929-1989), Leone was an actor, screenwriter, and producer, as well as director. He only directed the seven movies (from 1961 to 1984), however, because of his ability to combine art, cinema, and culture reinventing a popular genre like the western, they are so remarkable that he has profoundly influenced the history of cinema. “Today’s cinema owes him”, says Farinelli. “From Coppola to Scorsese, from Ang Lee to Tarantino, and John Woo, not to mention Eastwood, contemporary filmmakers come to terms with Leone. From ‘The Sister Brothers’ of Audiard, currently in theaters, up to Tarantino, who, when he wants that specific close-up, tells his cameraman: ‘Give me a Sergio Leone’.” Adding that Leone “is a filmmaker of enormous complexity, in his cinema many different aspects coexist. The suspension of time, for example. Leone’s are almost silent movies, it is the music that speaks.” 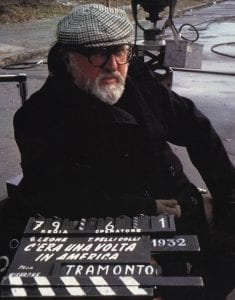 In the Parisian exhibition, there is the music of Ennio Morricone, and there is the silent cinema; the one of Charlie Chaplin, but also the one of his father, director Roberto Roberti (real name Vincenzo Leone), and his mother, actress Bice Waleran (Edvige Valcarenghi). In ‘Ladri di Biciclette’ he plays a small part, a seminarian with glasses, in the rain. The sequence runs on a screen in the first of the five sections of the exhibition: ‘Citizen of the cinema’. The other sections are: ‘Le fonti dell’immaginario’, with the cinema and the painting that inspired him; ‘Laboratorio Leone’, with all the protagonists of his five westerns before and after his touch; and a last section dedicated to the film he never made, the one on the nine hundred days of the German siege in Leningrad that Leone would have shot if, in 1989, a heart attack had not taken him away.

‘Enit and Italy. A great story’ and a great exhibition