Old photos of tourists from the Italian Touring Club 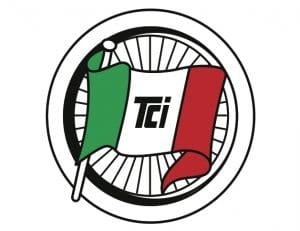 Since its foundation – in 1894, in Milan – the Touring Club Italiano (TCI) has been involved in tourism and travel in Italy. At the end of the nineteenth century, it began to offer bike rides to its members, in 1914 it organized the first group trip, in 1922 the first camping in the mountains and so on. Moreover, over this time, TCI documented with magazines, books, and guides the evolution of tourism and of the way to travel.

Starting in 2014, TCI has begun a digitalization project of its large archive which includes: 350,000 prints from the late XIX century to 1970s, photographs, historical magazines, and maps. Camping trips, crowded Ligurian beach, mountain walks, swimming-pools on luxurious cruises in the 1920s, car trips on early motorways, hitchhiking, riding Vespa – these are some of the ways people have found to enjoy their holidays in Italy. 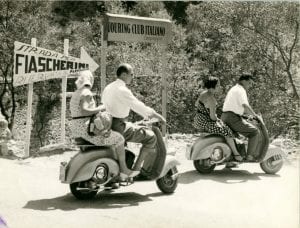 Now much of this archival material that tell a century of tourism can be viewed online, divided into thematic sections: ‘Antonio Beato – Journey to Egypt’, from Giza to Abu Simbel, in late nineteenth-century Egypt in the photographs of Antonio Beato; ‘Milan 1972’, a TCI volume on Milan by Gianni Berengo Gardin, Paolo Monti, Ezio Quiresi, and Toni Nicolini; ‘On holiday with the Touring’, the first organized national excursions, the campsites, the collective holidays, the first tourist villages, 50 years of Italian holidays with the Italian Touring Club; ‘TCI and bicycle: the Italian Cycling Touring Club’, bike rides of the firsts club members; ‘Piedmont Archive: the view of Piedmontese photographers’, a selection of the most significant prints from the Piedmont section of the archive; ‘The industrial vocation of Milan’, an itinerary through time and the most important places of the Milanese industry.