Until January 6, it is possible to see Rambaldi’s creations in real life, including King Kong’s 6-meter hand 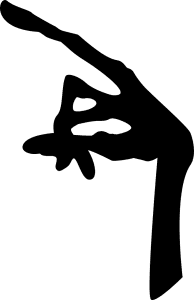 The title is ‘The mechanics of monsters. From Carlo Rambaldi to Makinarium‘. The exhibition retraces the history of Italian and international cinema from the 1960s to the present day. And it focuses on the mechanical devices used to create special effects. Thus, it is only obvious for it to be dedicated to Carlo Rambaldi (1925–2012), also known as Mr Special Effects. The three-time Oscar winner transformed special effects from incidental decor to protagonists in their own right. His creations are so crucial to many movies that they took the leading role in them.

Among these there are E.T., King Kong, and Alien, to mention only a few.

Curator Claudio Libero Pisano set up the exhibition using also material from Rambaldi’s private archive that has never been on show before. Palazzo delle Esposizioni will host this great impact event until January 6th. Here, the general public has the opportunity to have a close up look at some of Rambaldi’s greatest works. These include the famous 6-meter King Kong’s hand and the 18 warriors of ‘Barbarella’ by Roger Vadim. There are also multiple versions of E.T. and Alien that show the internal mechanics regulating the hyper-realistic movements of the characters.

Furthermore, the exhibition documents the work of the generations that have come after Rambaldi. In particular, the Makinarium group, one of the world’s leading firms in the field, which restored Rambaldi’s works for the occasion. Conferences complete the initiative with a festival screening Rambaldi’s most significant and well-known movies.

Previous Post Altamura, the 'PaleoCity' in Southern Italy
Next Post Caffè Greco in Rome is appealing to eviction