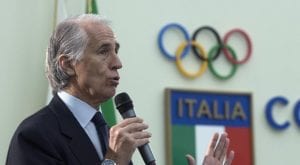 CONI’s president Giovanni Malagò announced that Italy will officially submit its bid to host the 2026 Winter Olympics with a dual candidacy involving the northern cities of Milan, in Lombardy, and Cortina d’Ampezzo, in Veneto. In an official statement, he said: “I am happy to officially announce that CONI will keep working on the candidacy of Milan and Cortina in order to host the 2026 Olympic Winter Games with the political support of the government.”

CONI had announced its 2026 Winter Olympics bid in August, pulling together separate proposals from Milan, Cortina, and Turin into a joint effort. However, the city of Turin withdrew, due to a disagreement between Turin’s mayor Chiara Appendino and her Milanese counterpart over the bid leadership. 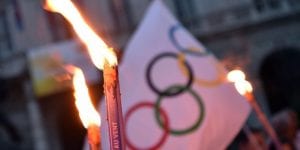 Finally, this week, in a letter to the International Olympic Committee (IOC) Malagò wrote: “We are submitting an innovative project, which abides by the guidelines of the 2020 Agenda (an official road-map providing recommendations for future Olympics), and involves not only Milan and Cortina, but also their respective regions Lombardy and Veneto.” Lombardy president Attilio Fontana happily commented that “Lombardy and Veneto will be the Italian bid for the Olympics of 2026. It was news that we were waiting for, we are very happy, and now we have to start working hard to ensure that the candidature is approved by the International Olympic Committee.” President of Veneto Luca Zaia, also exulted: “We are obviously delighted with this choice, and I thank the government, CONI, and all the interlocutors who, over the last few months, worked for this candidature, which we will honor by working hard to remain in history as a memorable Olympics.”