Michelangelo’s Villa in Tuscany is on sale 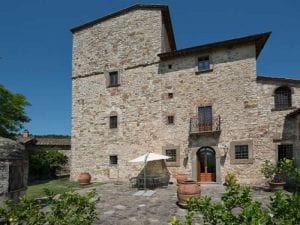 Michelangelo Buonarroti bought the property located in Castellina, in the heart of Chianti in 1549 by Simona Guicciardini, widow of Pierantonio di Giovanfranceso de ‘Nobili, a member of the court of the Medici family,  for 2,281 florins, which according to the current exchange rate should be about 346 thousand dollars. The property remained in the Buonarroti family for three centuries, until it was sold in 1867. Recently, following a  ten-year restoration by the current owner who owns it from the mid-70s, the property – including over 2.5 hectares of land, and the original deed, signed by Michelangelo himself – has been put up for sale for over 9.2 million dollars. 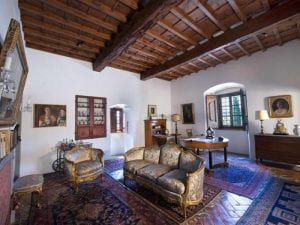 Set in one of the most enchanting rolling hills landscapes in Tuscany, the magical territory that separates Siena and Florence, the three-story stone farmhouse that belonged to the Renaissance master author of the frescoes in the Sistine Chapel, features the original wood-beamed ceilings and fireplaces, plus a brick barrel-vaulted ceiling in one of the living room, ten bedrooms, seven bathrooms, several fireplaces, wrought iron balconies, and details dating from the 11th century. On top of a charming stone courtyard, on the property’s land there are also lawns, 200 olive trees, and vineyards to wander through, and an oil mill turned guesthouse.

As Business Insider  pointed out, it is easy to imagine how this welcoming and charming villa standing on a hill between the cypresses may have inspired one of the most influential artists in history.