‘Massimo in the heart’, Troisi honored in his hometown 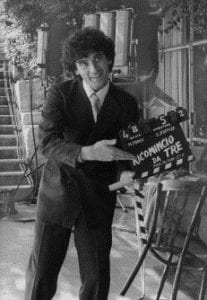 ‘Massimo nel cuore’ (Massimo in the heart) is the evening organized to remember the anniversary of the birth of Massimo Troisi who was born in San Giorgio a Cremano (Naples) on February 19, 1953, and died at the age of 41 on June 4, 1994. The Italian actor, screenwriter, and film director began his acting career at 15 in Centro Teatro Spazio theater in his hometown and became popular thanks to his many television appearances in series and sketches. His contribution to Italian cinema has been important and he wrote, directed, and interpreted milestones such as ‘Ricomincio da tre‘ and ‘Non ci resta che piangere‘, the latter in with Roberto Benigni. Troisi came to international fame through the success of ‘Il Postino: The Postman‘, directed by Michael Radford, for which he was posthumously nominated for an Academy Award for Best Actor. 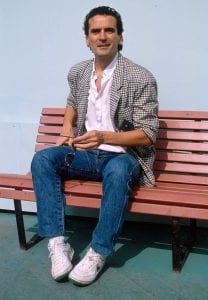 The commemorative evening is scheduled for today, February 19th, at 6.30 pm in the former Fonderia Righetti in Villa Bruno in San Giorgio Cremano. In the same location, in February 2015, was inaugurated a space called ‘A Casa di Massimo‘ (In Massimo’s house), which reproduces the home environment in which the director lived with objects, furnishings, books, photographs, and musical instruments that belonged to him.

Luigi Troisi, brother of the artist and president of the association ‘A Casa di Massimo Troisi’, explained as follows the aim of ‘Massimo nel cuore‘, which has the patronage of the local Municipality: “The free entry evening, now in its third edition, will allow us to celebrate Massimo on his birthday together with all of those who appreciated him and continue to love him. We want to remember him in a simple way, spending time with friends as he liked to do, even with a toast and a cake, just as if he was still here.” The initiative has the patronage of the Municipality of San Giorgio a Cremano.