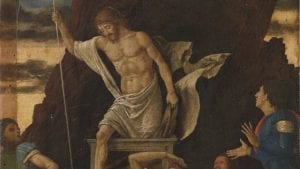 Keith Christiansen of the Metropolitan Museum of Art in New York, the world’s leading expert on Renaissance maestro Andrea Mantegna (1431-1506), has confirmed that the painting found in a storeroom of the Accademia Carrara in Bergamo is the work of Mantegna himself.

The wooden panel depicting Jesus’s resurrection named ‘The Resurrection of Christ’ (1492-93) has been property of the museum since 1846, but it spent more than a century in the storerooms of the museum because, years after it was bought, experts concluded that the painting was not an authentic Mantegna and insured it at a value of $30,000. It turned out that there were nothing less than three zeros in that evaluation, if fact, thanks to the work of Giovanni Valagussa, a curator working in Maria Cristina Rodeschini’s team at the Accademia Carrara, it has now been valued at $30 million. 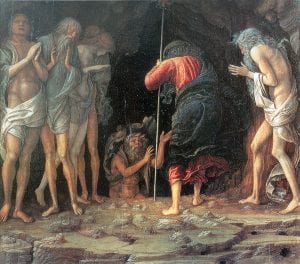 Valagussa became entranced with ‘The Resurrection of Christ’ as he was working in the museum storeroom to prepare a catalog of Italian art made from the XIV and XV century, and he noticed that a wooden bar on the back of the board and the placement of a cross suggested that it was one piece of a larger work. With his work Valagussa provided sufficient evidence for re-attributing the work to Mantegna by Christiansen.

The other half of the painting has been identified as being the ‘Descent Into Limbo‘, painted by Mantegna in 1492-93, which sold at Sotheby’s in 2003 for 28.5 million. However, even if the Accademia Carrara would be thrilled to exhibit the two paintings together, The Wall Street Journal reported that, after contacting the owner of the ‘Descent Into Limbo’, Sotheby’s told Valagussa that they are, “not someone who likes to be disturbed.”