Lidia Bastianich to be awarded the prestigious Premio Artusi

In Forlimpopoli, the Italian cuisine ambassador celebrated for her “extraordinary personal and professional life”

For 20 years, with her TV show, Lidia Bastianich has been explaining to over 49 million Americans what Italian food really is. This incredible woman is the author of cooking best sellers that illustrate the real products than make Italian cuisine unique. But she is also a successful entrepreneur in the restaurant business. Moreover, Lidia is a tireless traveler among Italian regional kitchens, a bit like Pellegrino Artusi was. 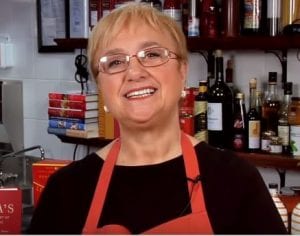 He who, almost 130 years ago,  for the first time codified Italian cuisine.

His famous manual ‘Science in the Kitchen and the Art of Eating Well‘ sold over 200,000 copies before 2011. And it was subsequently translated into 8 languages.

Today, the two of them will virtually meet in Forlimpopoli, Artusi’s birthplace, where Bastianich will receive the Artusi Prize. She is awarded the prize “as a cook, writer, and entrepreneur; for her extraordinary personal and professional life which constitutes an exemplary case of successful Italian in the world.”

The Artusi Prize is one of the most prestigious awards of the food and wine cultural scene. Every year, it goes to a person who gave an important contribution to the discourse on the relationship between mankind and food. Among those who received it in recent years there are: Wendell Berry (2008); Serge Latouche (2009); Don Luigi Ciotti (2010); Oscar Farinetti (2011); Andrea Segrè (2012); Mary Ann Esposito (2013); Enzo Bianchi (2014); Alberto Alessi (2015); Carlo Petrini (2016); Vittorio Citterio (2017); and Josè Graziano da Silva (2018). And now, Lidia Bastianich, a true ambassador of Italian cuisine in the United States.